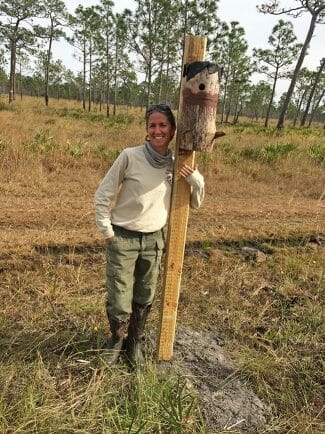 The Stoddard Bird Lab distributed bird boxes in south Florida last month in prep for our exciting and novel attempt to reintroduce the Brown-headed Nuthatch to Jonathan Dickinson State Park. Thirty-five of the simple-to-make structures were placed on St. Sebastian River Preserve State Park where there is a healthy nuthatch population. The boxes nearly double nesting success for this declining species and should make about 20 juvenile nuthatches available for translocation later this year, just 70 miles south to Jonathan Dickinson State Park.

The nuthatch disappeared from Jonathan Dickinson State Park and other nearby public lands in the late 1950s. Given its sedentary habits, the bird has not recolonized sites that now contain suitable habitat. The state of Florida has conserved over 40,000 acres of pinelands in areas once occupied by nuthatches in south Florida, and this could be a chance to re-establish a very large population capable of bolstering other fragmented populations in south Florida.

We will also be investigating whether individual nuthatches differ in their translocation potential. We plan to assess exploratory behavior for each individual prior to shipping them off to Jonathan Dickinson. This behavior can be quantified by placing individuals in a large cloth tent and watching how they respond to the novel environment. Some jump around anxiously and explore the new environs while others perch quietly and simply stare at the novel surroundings. Do those anxious, exploratory birds make better colonists, or will the birds that behave more cautiously be the ones that we find at Jonathan Dickinson a year after their release? Recent studies have found these individual behavioral traits have a genetic basis and can be reliably scored using some brief tent time prior to translocation.

The Stoddard Bird Lab is also pleased to welcome Rob Meyer as its new woodpecker conservation specialist. Rob completed his MSc at Mississippi State University working on the interactions of Flying Squirrels and Red-cockaded Woodpeckers. He’s also a seasoned bird bander, and has already provided great help with outreach activities and some of our on-going work with Henslow’s Sparrows. Rob inventory cavity trees in the region and help to install scores of new artificial cavities on properties with Safe Harbor Agreements. We’re also in the early stages of planning to reintroduce the woodpecker to Dixie Plantation and other properties. 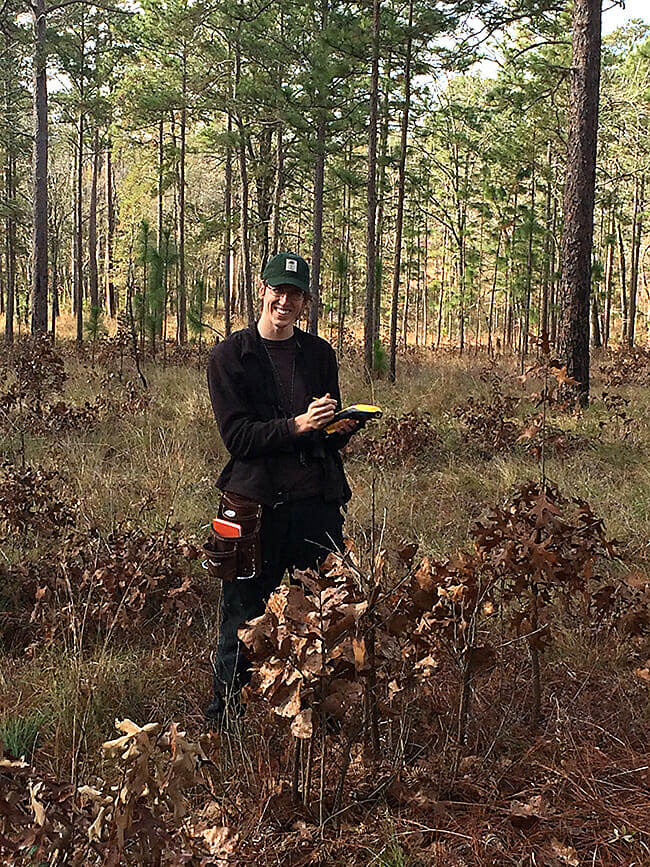