As the final smoke plumes dissipate in the springtime air, birds are pairing off hard and dispersing in search for mates over the past few weeks. As of this writing, 15 May, we have confirmed 25 nests being incubated in the Red Hills region and already a few managers have reported seeing a brood or two. We expect to begin seeing good numbers of chicks hitting the ground by late May and early June. As such, if not already done it would be a good idea to begin wrapping up woods work, if possible, to minimize negative impacts on early broods — many of these early broods will likely be roosting in unburned areas and using the recently burned areas for bugging grounds. 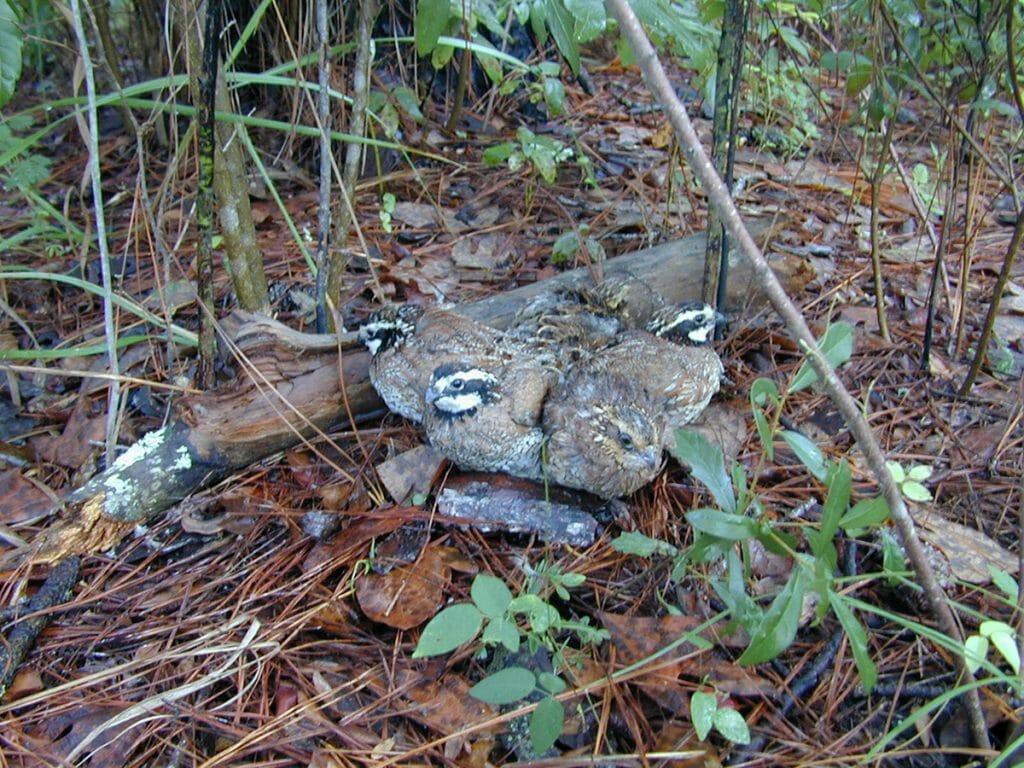 In looking back, over-winter survival was about average to slightly above average this year based on our radio-tagged birds. We’ve also had good spring rains so far resulting in a quick cover response following burns on many properties. The raptors left in a hurry around mid-March, which has further benefited adult survival, rendering good numbers being carried into breeding season. In addition, we have been seeing and hearing a lot of reports of a high number of cotton rats. In our small mammal sampling this past month, we also observed a large uptick in cotton rat numbers compared to previous years at this same time, and very comparable numbers to that of 2002-03 seasons. We are hopeful that this boom in cotton rat numbers continues and that this will result in good breeding season survival for adult bobwhite, yielding good production, good chick survival, and that this results in excellent fall recruitment.

Speaking of chicks and recruitment. One of our PhD students, Brad Kubecka, is studying various aspects of chick ecology, and he recently analyzed spatial daily movements for broods and developed this nifty animation for six chicks (radio-tracking of single members of different broods) from the 2018 breeding season.

What you can see is that broods are using both burned and unburned areas with a preference toward recently burned areas for foraging. You might also notice that some broods make bigger movements than what you might think. Also, chicks have a propensity for the feed line, especially as they mature, with some broods using the feed line as early as two weeks of age, which is slightly earlier than what we have previously thought. Stoddard suggested that we do not know if the chicks are consuming insects or milo or both along these feed lines, but our future analysis of chick feces will shed light on the diets of chicks. The take-home message is simple: feed, feed and feed!! The adult birds, rats and chicks all benefit from feed being on the ground year-round, and this time of year is a major pinch-point in survival for bobwhite, so keeping the feed abundantly available will help to mitigate the taxing conditions of breeding/mating.