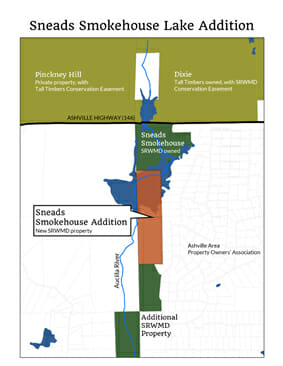 Tall Timbers, owner of Dixie Plantation on the Aucilla River in Jefferson County, helped with the ownership transfer of 160 acres of wetlands along the Aucilla River to the Suwannee River Water Management District (SRWMD). On Wednesday, Feb. 14, the transfer signing occurred in a ceremony at Dixie plantation.

The newly acquired parcel is located in eastern Jefferson County adjacent to Sneads Smokehouse Lake, a public recreation area owned and managed by the District. The 160-acre tract will connect two existing District properties and increase the portion of Sneads Smokehouse Lake in public ownership. The southern portion of the tract contains extensive stands of high quality mature cypress. “The District will be the best owners and stewards of this property as they will ensure the long-term protection of its water and timber resources,” said Dr. Bill Palmer, President/CEO of Tall Timbers.

The 160-acre cypress tract was under contract to be extensively logged in the near future. However, given the property’s proximity to existing public lands and its outstanding quality, there was much interest in having the parcel protected. “Many people and organizations have worked hard over the last two years to get this land into public ownership,” said Palmer.

David Ward, lifelong Jefferson County resident and co-founder of the Aucilla/Wacissa River Group, spearheaded the effort to find a conservation outcome for the property. “Finding funding for the purchase was difficult given the high value of the standing timber,” said Ward.

Tom Weller, owner of Pine Haven Plantation in Jefferson County, played a crucial role in the transaction by contributing significant funds for its purchase and negotiating the initial sale with Ware Forest Inc. In the fall of 2017, Weller toured the property with homeowners from the Ashville Area Property Owners Association (AAPOA) and was struck by the quality of the mature cypress forest and its role in protecting water quality of the Aucilla River, a designated Outstanding Florida Waterbody. He became actively involved and served as an intermediary landowner until it was sold to the District. “Frankly, this transaction would not have happened without Mr. Weller’s personal commitment to protecting the tract and his investment of time and money for its acquisition,” said Dr. Palmer. 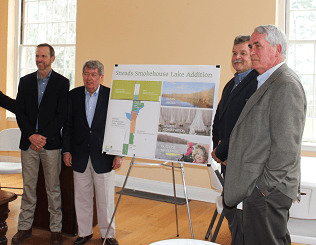 The District has had an interest in acquiring the parcel for several years. Work was completed by the District’s Governing Board, staff and the former Executive Director, Noah Valenstein, to ensure funding was available for the purchase. “We are proud to partner with Tall Timbers to move the Ware Forest tract into public ownership for long-term conservation. The land provides valuable water resource protection for the Aucilla River, helping it to remain pristine and untouched for years to come,” commented Hugh Thomas, current Executive Director of the Suwannee River Water Management District.  “The District’s commitment to acquiring the property gave everyone time to pull together funds from multiple partners,” said Palmer, who further stated, “We appreciate the work of Florida Department of Environmental Protection Secretary Valenstein who spearheaded this project during his time at the District.”

Tall Timbers used its new Red Hills Land Conservation Opportunity Fund to provide funding to assist Mr. Weller and the District to bring the deal to a close. Tall Timbers created the Opportunity Fund in 2016 to strategically invest in high quality land conservation projects in the Red Hills Region. Tall Timbers also received a grant from the Felburn Foundation, a non-profit organization with a long record of supporting land conservation projects that protect water resources, to complete the funding puzzle.

Mr. Ward reflected on the collaborative effort to save this important piece of Jefferson County. “The commitment by Jefferson County’s Tom Weller, the District, the AAPOA, the Aucilla/Wacissa River Group, Tall Timbers, and the Felburn Foundation represents conservation at its finest—diverse stakeholders working together to protect our water resources for this generation and those to come.” 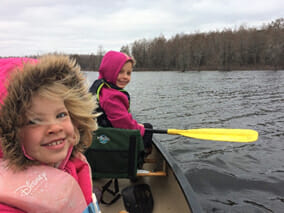 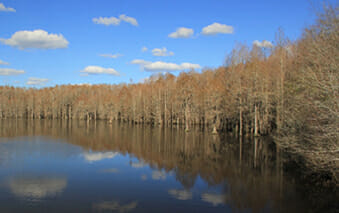