By Kevin Hiers and Casey Teske

Tall Timbers is at the center of a revolution in fire science to advance models of fire behavior critical to prescribed fire planning. Nearly all fire modeling tools available to guide fire fighters and prescribed fire planners are built on a faulty assumption about how fire spreads. While these tools are calibrated by users when fires begin, they cannot meet the needs of fire prediction in advance. Coupled fire-atmospheric modeling tools have been available for nearly 20 years, but since many of these required high performing “super computers” to run, they were dismissed as research only. This project represents a quantum leap forward in teaching prescribed fire managers and firefighters about the fluid dynamic drivers responsible for observed fire behavior. Leveraging these complex modeling tools for teaching is a means of operationalizing research on prescribed fire that represents a missed opportunity in wildfire fire technology transfer and fire research.

As the next step in advancing our understanding of fire behavior, Tall Timbers researcher Dr. Eric Rowell (along with USFS colleagues in Seattle, WA and Athens, GA) is leading two DoD-funded research projects to develop more accurate 3D fuel models to run these complex fire tools over real terrain. Like fire behavior modeling, fuels have been oversimplified and cannot capture important fluid dynamics drivers of fire behavior driven by heterogeneous fuels. He envisions a day in the not-too-distant future, when forest-scanning techniques like LIDAR and drone imagery will produce model-relevant outputs at a landscape scale, thus allowing fire managers to build forests in a virtual realm, and set realistic fires for planning prescriptions and smoke management. This “Fuelcraft” concept (think Minecraft) will not only leverage high resolution scanning, but will produce critical fuel moisture drivers related to forest structure such as sunlight driven drying patterns and the channeling in wind through and around forest stands. 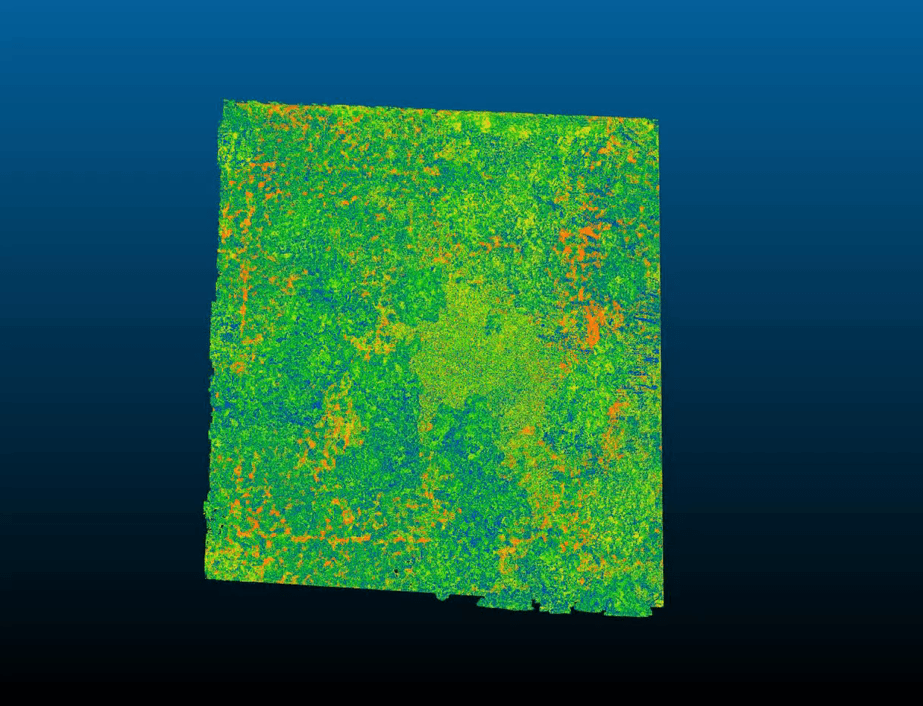 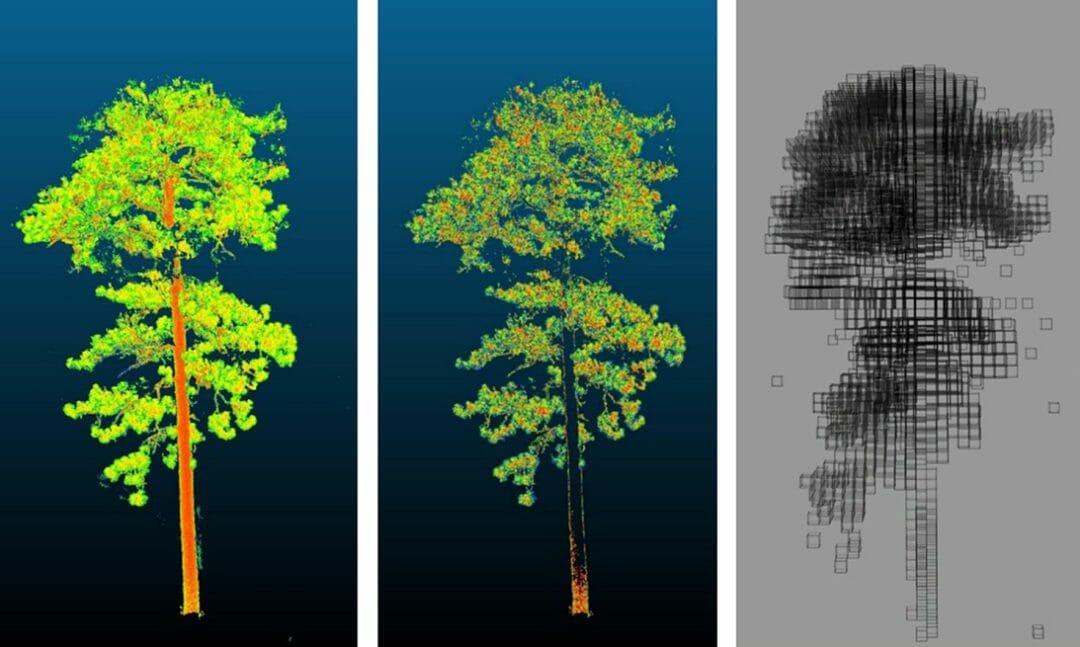 Terrestrial laser scanning is being used to both identify vegetation structure, but also components like leaf area, surface to volume ratios, and bulk density. Converting these scans into “voxels” (i.e., cubes) of fuel that models can use is a critical step in our work.

Lastly, Florida State University graduate student Daniel Rosales is working with Dr. Rod Linn, Dr. Scott Goodrick (USFS), and Tall Timbers Fire Scientist Kevin Hiers to develop and test a desktop coupled fire-atmospheric model called QUIC-Fire. This tool blends a rapid wind-solver from Los Alamos National Lab with a new physics-rules based fire spread model to generate fire outputs in near real-time. This tool is capable of running on a laptop and using the 3D fuels from the DoD-funded projects above. The hope is to develop a real-time operational planning tool for prescribed fire that allows users to quickly modify ignition patterns and potential winds to evaluate fire behavior within burn units.

Operationalizing fire models is critical for advancing fire science. QUIC-Fire is able to use FIRETEC inputs of 3D fuels and complex ignitions to produce fire behavior and wind flow. Click on model or caption to view. 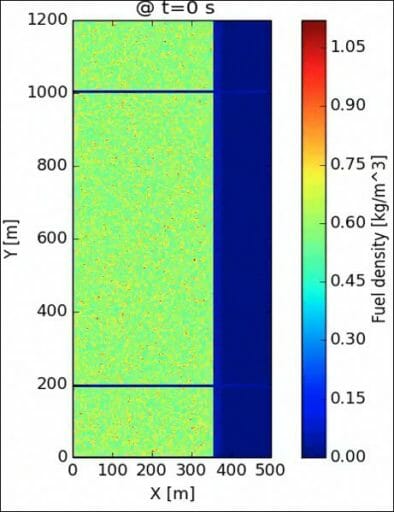 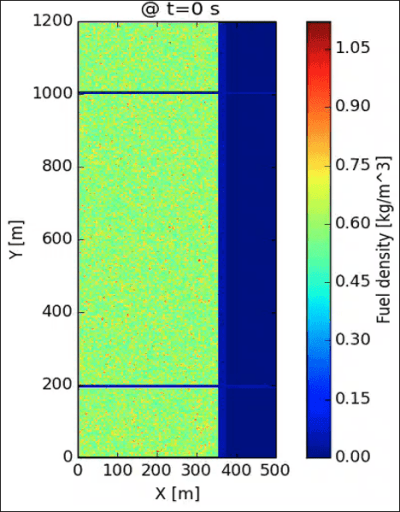 Ultimately these tools will help managers around the country expand the use of prescribed fire in complex terrain and communicate to the public accurate risks and potential fire behavior. Having the right physics gives the confidence to expand the fire culture that is already ingrained in the Red Hills and across the Southeast.