One of the primary goals of prescribed burning in southern pine forests is killing the above-ground portion of hardwoods such as oaks and hickories ("top killing") to promote the growth and survival of pine and herb species. These hardwood species typically re-sprout after being top-killed, which requires them to be burned again soon after.

We conducted research to look at the response of hardwood resprouting to burning at one versus two-year fire return intervals, in the late winter (February-March) versus the early growing season (April-June), and in old-field pine versus native longleaf pine communities. We followed individual resprouting hardwood plants of multiple species for five years, comparing their above-ground biomass at the end of one fire-free interval with their above-ground biomass at the end of a second fire free interval, to see if there was a net growth or decrease in biomass over time under the different fire regimes and community types. 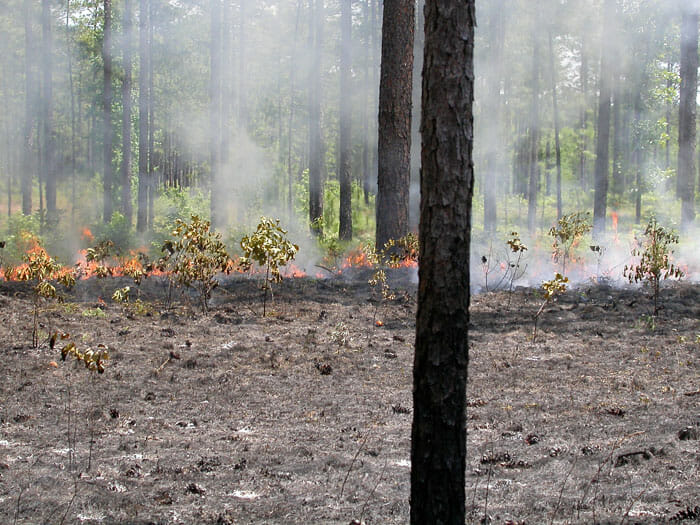 Timing of fire had an effect on resprouting, where burns conducted in the early growing season caused re-sprouts to come back at smaller sizes than when they were burned in the late dormant season, although a net decrease in total above-ground biomass was found only in native pine communities burned annually in the growing season.  Less vigorous resprouting in the growing season has been shown in other studies of the southeastern pine forests, attributable to greater above-ground allocation of resources within the plant during the growing season and therefore greater losses to fire. Changes in total above-ground biomass from one fire-free interval to the next were about the same under the one versus two-year fire return intervals, but mortality rates of genetic individuals were highest with annual burning.

Management implications are that, in the short-term (a few fire-free intervals), hardwood re-sprouts will come back to about the same size as they were before burning, without some other treatment such as herbicide. However, over longer periods of time, growing season burns appear to resist growth hardwood re-sprouts more than dormant season burns, and annual burning permanently kills more of the hardwood re-sprouts than burning every other year, assuming the area was completely burned. Except for burning annually in the growing season in native longleaf pine communities, total above-ground biomass of hardwood re-sprouts is expected to reach an equilibrium under a given fire regime and community type. 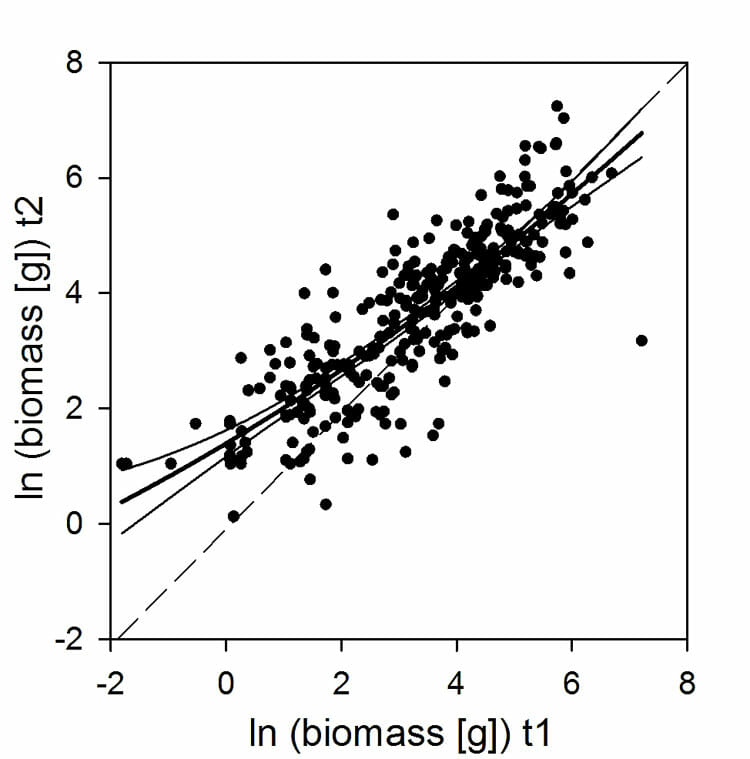