Tall Timbers Chairman Tom Rankin greeted the attendees and elaborated on the history of the organization and its achievements. He remarked, “today, the Red Hills is arguably the best fire-maintained landscape in the country…The Red Hills Region is a continuing 100-year experiment conducted by private landowners demonstrating the benefits of prescribed fire in resource management and land conservation.” He went on to say that in 1991, Tall Timbers added a land conservancy to help shield the Red Hills from the ever growing threat of urban sprawl. Some 130,500 acres of donated conservation easements now protect the region. To accelerate that pace, he called for the State of Florida to continue its long commitment to land conservation. 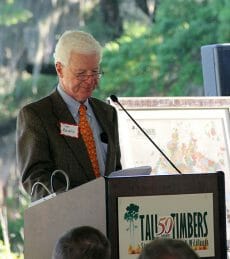 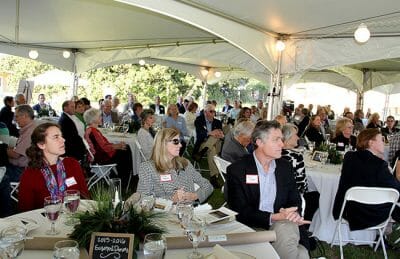 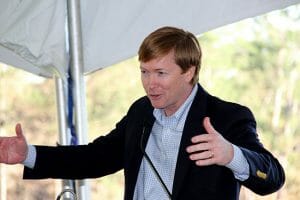 The featured dinner speaker was Florida Commissioner of Agriculture Adam H. Putnam. He espoused that “Tall Timbers was founded on the notion that fire ecology was a healthy thing, really swimming against the culture of hundreds of years of the study of forestry coming out of the European model. In the process, it educated the public and brought landowners along and transformed on a landscape scale, an entire ecosystem…Tall Timbers really does bring heat and light to public policy, and if only all think tanks could say the same, we would be in a better place.” Today, the state of Florida leads the nation in the use of prescribed burning.

On land conservation, the Commissioner noted that currently the Florida Legislature has no funding identified in the House and Senate budgets for the popular Florida Forever and Rural and Family Lands Protection programs. He remarked that this is short sighted because “people come to Florida because of our environment, because of our natural resources. It is what makes Florida, Florida. Our first tourist attractions were not on International Drive. They weren’t ten beach towels for ten dollars. Our first tourist attractions were springs.”

The Commissioner spoke of the disconnect between people and the land. He stated, “we’ve ended up with a culture of people in public policy, who like the rest of society, are removed from the land. When we see hunting and fishing licenses decline, and when we see conservation membership organizations decline because fewer kids are outside, fewer people have the opportunity to fall in love with the woods, and waking up in the morning with the woods as they come alive, as they’re in a tree stand, or in a turkey blind or walking through those quail fields. Any of those circumstances that make that connection real, as we’ve gotten three or four generations removed from the land, we’ve lost that, and that’s reflected in our elected officials.”

Commissioner Putnam concluded by emphasizing that “we want to do everything we can to make them [children] fall out of love with that video game, and make them fall in love with being outdoors. In the water, in the woods, doing things that will allow them to be hooked for life so that they support these policies when they’re voters. They fight for these policies when they get elected to the legislature… There is something so humbling about walking through the Wade Tract and thinking how many hundreds and hundreds of years have passed that those trees have seen. How much history they have witnessed. How many storms they have withstood. How many elections they have endured. And yet they stand.”