After Texas Quail Unlimited (QU) dissolved their chapters in the early 2000s, a group of quail conservation leaders agreed to form a Quail Coalition following the disbandment. In the past 12 years, the Quail Coalition has grown to 12 chapters and over 3,500 members. The largest chapter, the Park Cities Chapter, is based out of Dallas, Texas and has raised and donated roughly $7 million to quail conservation. Run by a group of Dallas area volunteers passionate about our sporting tradition, the group is able to donate virtually 100% of every dollar raised towards quail research and youth education. The Chapter’s main fundraising effort is an annual banquet which has been deemed by sports writers as “Conservation’s Greatest Night.” The annual banquet, which is held during March in Dallas each year, gathers over 1,000 quail enthusiasts across the country for a night of comradery, hors d’oeuvres, a quail dinner, silent- and live-auction – an effort that netted $1.7 million for quail conservation this year. 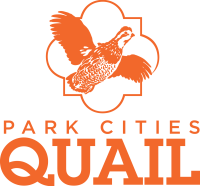 This year, the Game Bird Program at Tall Timbers joined this prestigious list by receiving a research grant to further our knowledge of bobwhite chick ecology. The chick ecology study is a collaborative effort between Tall Timbers researchers and collaborators in Florida, Texas, Missouri, and North Carolina. We are excited about this collaboration with Park Cities Quail and look forward to a long-term partnership working together to improve management and conservation efforts for northern bobwhite.

To learn more about Quail Coalition and their various chapters, see https://quailcoalition.org/