The Albany Quail Project began in 1992 as a research and monitoring program to serve the needs of quail hunting properties near Albany, GA.  After many years of collaboration, it officially became a part of Tall Timbers Game Bird Program in January of 2008.  The program has been under the direction of Clay Sisson since its beginning and has always been very management and hunting oriented.  Long-term research and monitoring efforts are centered around year round radio-tracking of wild quail from our headquarters on Pineland Plantation.  Since its inception of the project, more than 2 decades ago, we have radio-tracked over 14,000 quail on properties in the region.

Research has been conducted on supplemental feeding, nest predator management, brood habitat, hardwood “clean-up”, hunting efficiency, and wild quail translocation.  Our research has helped to shape the modern era of management intensity on local properties that have now experienced population densities and hunting success unrivaled at any point in their history. 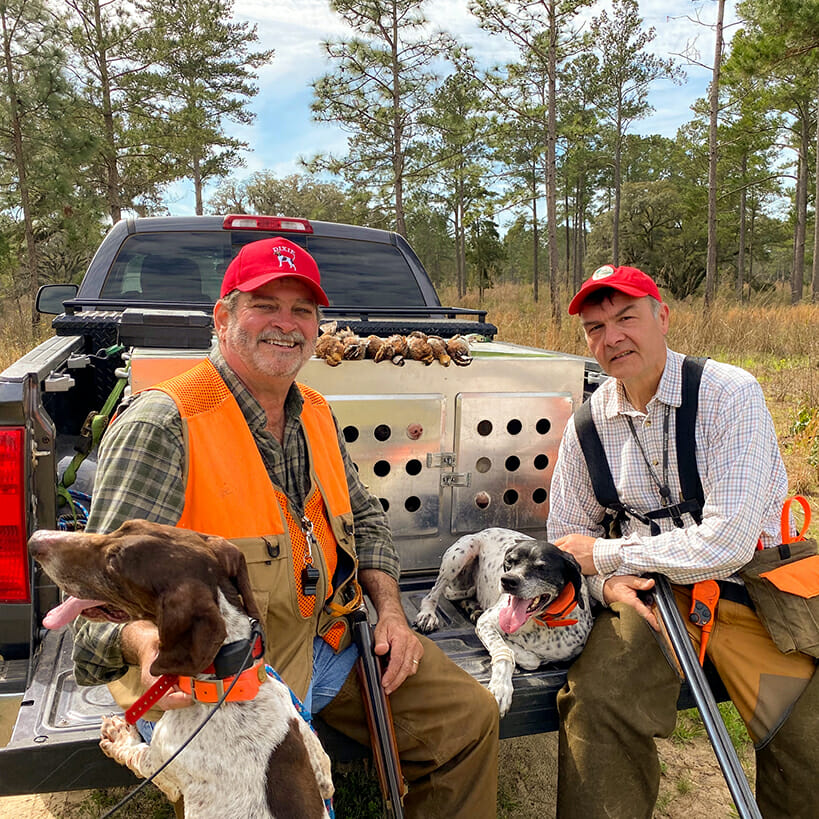 « Back to Regional Programs
The mission of Tall Timbers is to foster exemplary land stewardship through research, conservation and education.