On February 11, 2020, the Suncoast Connector Toll Road Task Force held its fourth meeting, this time in Madison County. The focus of the Task Force meeting was on economic needs across the Task Force planning area, discussion of alternate corridor evaluation, and important natural, cultural, and historic resources to avoid as routes for the proposed toll road are evaluated.

Tall Timbers has followed the M-CORES process closely since its inception and remains concerned about the proposed toll road’s potential impacts to wildlife habitat, our region’s water resources, Jefferson County’s archaeological treasures, and Main Street communities like Monticello. It’s worth noting that Tall Timbers has consistently supported smart growth that enhances our economy, protects our environment and preserves community character. We supported the four-laning of US 319 and advocated for a “parkway” design that would be compatible with the road’s rural surrounding. We also supported the passage of Blueprint 2000 to address urban infrastructure needs in Leon County while protecting water quality and creating needed community parks.

North of Citrus County, the existing US 19 corridor is highly underutilized and is not in need of new tolled travel lanes. Much of the US 19 corridor itself is already susceptible to storm surge and sea level rise and placing costly new transportation infrastructure in this vulnerable area is imprudent. In addition, some Task Force members have noted that adding additional tolled travel lanes to US 19, so far west of Interstate 75, will have little impact relieving congestion on I-75. They note that the majority of trips on that route continue north toward Atlanta or east to Jacksonville. If additional capacity is desired in or near the Suncoast Connector planning area, it should be built well east of the vulnerable Big Bend region, in closer proximity to Interstate 75.

The most important upcoming event related to M-CORES is the fifth Task Force meeting, which will be held on March 24 in Jefferson County. This will be the only Task Force meeting in Jefferson County and thus the best opportunity for the Task Force to hear your voice! The meeting will be held at the Monticello Church of the Nazarene from 10:00 AM until 4:00 PM at 1590 North Jefferson Street, Monticello, Florida. Public comments will begin at 4:00 PM and we encourage you to arrive early to get a seat and let your voice be heard. 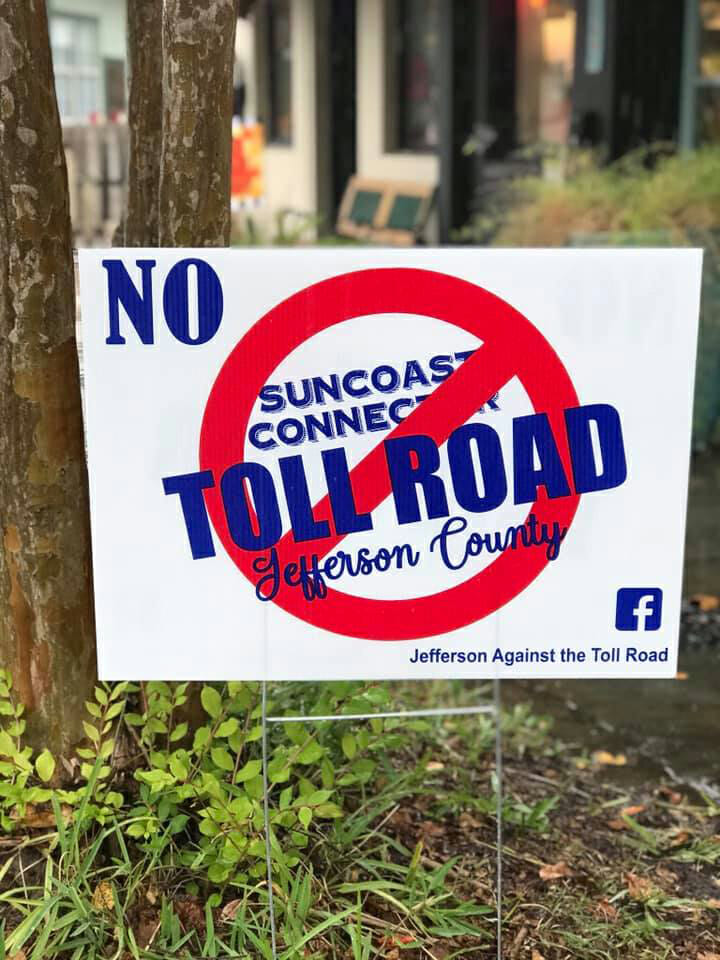 Also, if you have not already done so, we encourage you to join the nearly 1,000 concerned citizens who have signed up to receive periodic updates from Tall Timbers about this project.