History
The history of Livingston Place dates from the early nineteenth century. It was first settled as a cotton plantation in 1819-20 by General William Bailey and his family, and was named The Cedars. In 1919, it was purchased by a group of Macon, Georgia businessmen and renamed Georgia-Florida Farm still farming cotton. In 1926, a group from New York City, who planned to colonize the land with small farmers from Iowa, purchased the property. This plan proved unworkable, and by the late 1920s, one of the group, Gerald M. Livingston, bought out the others. He renamed the 7500 acre property Dixie Plantation.

In October 2020, the property was renamed Livingston Place to honor Geraldine Livingston and her family’s legacy in the Red Hills, as well as the Geraldine C.M. Livingston Foundation’s conservation efforts and donation to Tall Timbers. For more about the history of Livingston Place, click here. 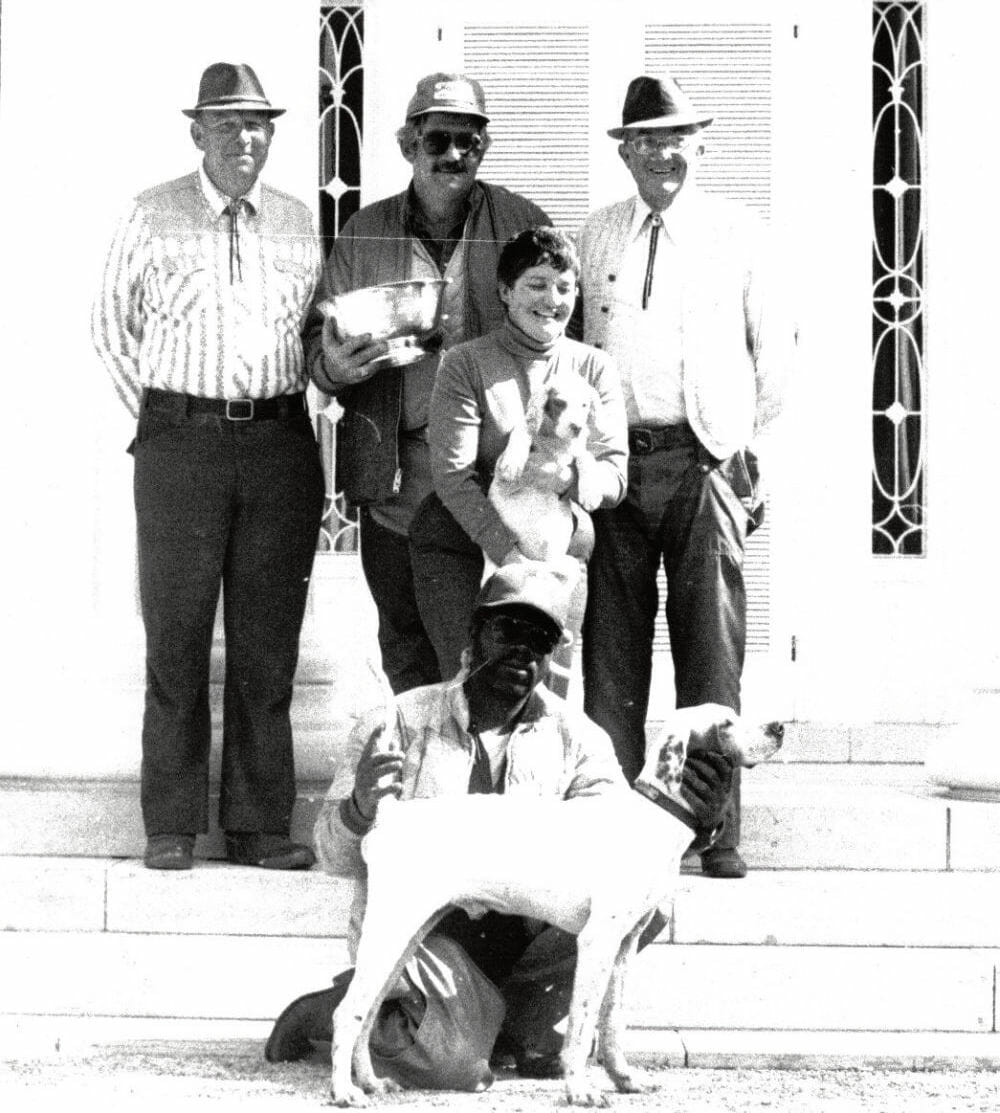 Center, Geraldine Livingston with pointer puppy.
Historic Preservation
After acquiring the Livingston property, the restoration and rehabilitation of the 1938 historic home became an important goal of Tall Timbers. With the financial support of the State of Florida through three Special Category Grants of $1,283,632 (matched by $974,206 in community donations and $71,081 of in kind services) for a total project budget of $2,328,919, the building will be used to host scientific conferences and community events and to accommodate overnight visiting scholars, students, and other invited guests. For more about the restoration and rehabilitation of Livingston Place, click here. 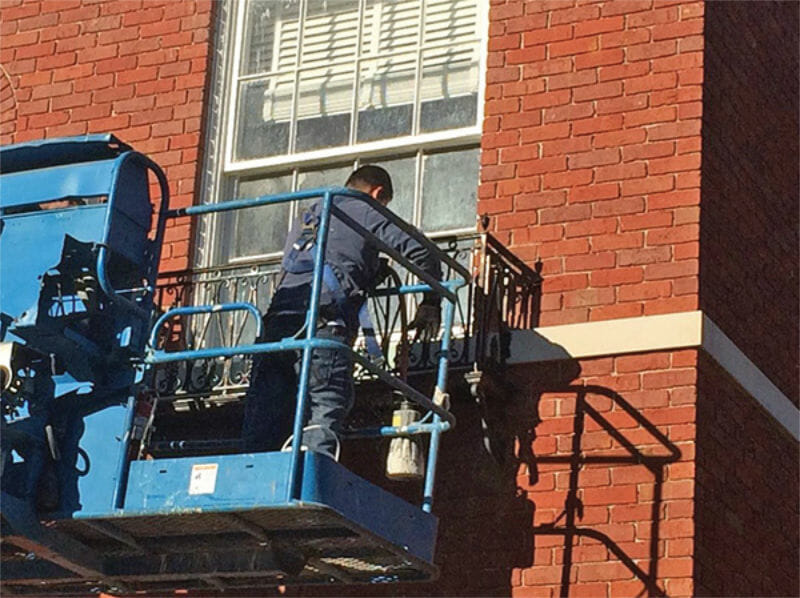 Exterior work included masonry repointing and repair, painting, and repair and flashing of the flat roof to prevent moisture intrusion.
« Back to Livingston Place
The mission of Tall Timbers is to foster exemplary land stewardship through research, conservation and education.