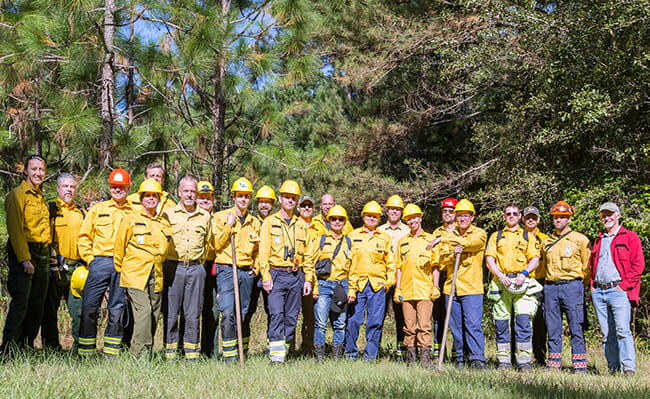 An interdisciplinary team of 19 fire managers, researchers and ecologists from Sweden visited the United States to gain exposure to fire planning, policy and ecology of the Southwestern and Southeastern US. The group was funded by the European Union (EU) LIFE Taiga Project (www.lifetaiga.se), and in Sweden conducts about 16,000 acres of prescribed fire each year in Scot’s pine habitat. This trip to the US was a part of the project’s efforts to provide Swedish fire managers and conservationists access to prescribed fire planning and programs that could help them grow their burn capacity for restoration of fire dependent habitats. The group included experienced burn bosses from Sweden as well as apprentice burners and biologists charged with restoring the Taiga ecosystems with fire.

LIFE Taiga, financed by the EU and the Swedish Environmental Protection Agency, is one of the largest projects of its kind and has a budget of ~$12 million over five years. It is a part of the EU’s and the County Administrative Board’s work to help protect threatened species and their essential habitats. LIFE Taiga and burning for nature conservation involves restoring and conserving unique nature for coming generations. The objective for burning is to increase and conserve the biodiversity of arthropods and fungi in the most common habitat type across much of Sweden: Western Taiga Fire sustains the Scot’s pine habitat by eliminating spruce regeneration. While this habitat is diverse, reindeer moss is a dominant fuel carrying fire in many of these forests. Between 2015 and 2019, some 120 controlled burning events will be undertaken within the project. 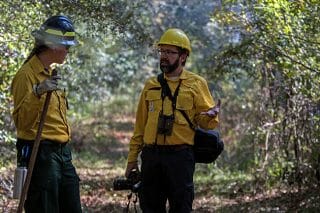 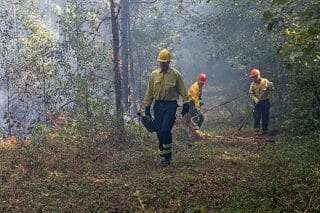 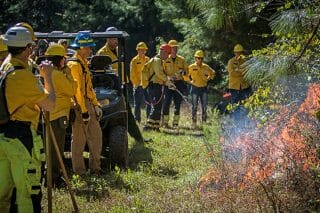 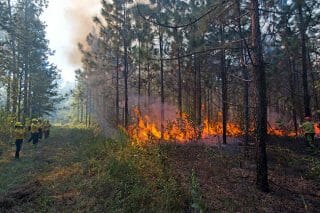