The Season of Past Fires: Insights from a Study of Tree-growth Patterns

The first goal of the study was to determine the seasonal timing of diameter growth. Metal bands called dendrometer bands were placed around the tree trunks to determine when trees were growing (as opposed to dormant), each year (Figure 2). The researchers also used an increment hammer to collect short tree cores during each growing season (Figures 3 and 4). This allowed them to identify when trees typically transition from putting on earlywood (the light-colored band within an annual growth ring), to putting on latewood (the dark-colored band within an annual ring). The second goal was to relate these different seasonal periods of diameter growth and dormancy to climate, lightning, and lightning-fire patterns in order to distinguish between fires that occurred in the lightning-fire season from those that occurred outside this season.

The results of the study will help address the ongoing controversy over the season of past fires, including the relative importance of lightning versus Native Americans in igniting fires prior to American settlement by Europeans. In the Red Hills Region, even the seasonality of more recent burns in the 19th and early 20th century remains uncertain. Findings from the present study will ensure that tree-ring data are correctly used to learn about historical fire seasonality for ongoing fire-history research being conducted at sites in Florida and southern Georgia. 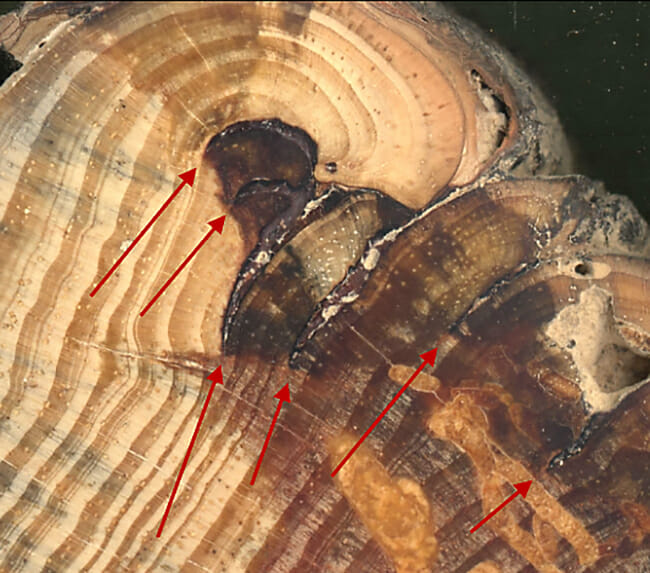 Figure 1. Red arrows point to scars created by past fires in a section of longleaf pine collected on Tall Timbers. The position of the fire scar within an annual growth ring can be used to determine during what season past fires occurred. 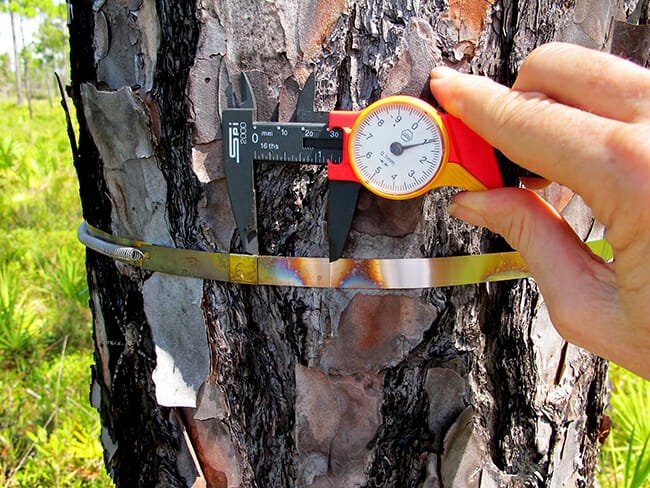 Figure 2. A dendrometer band mounted on a pine tree tracks changes in diameter over time. 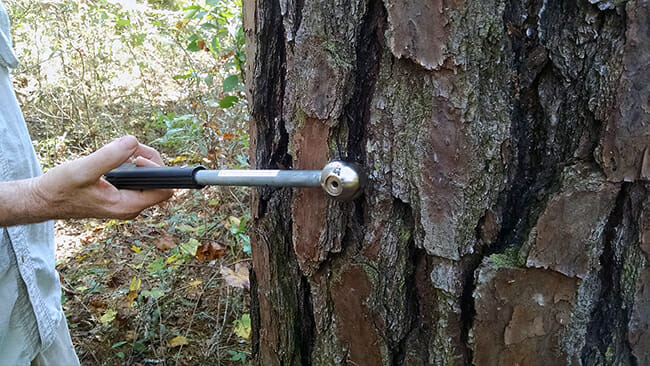 Figure 3. Neil Jones uses an increment hammer to collect a short tree core from a pine. 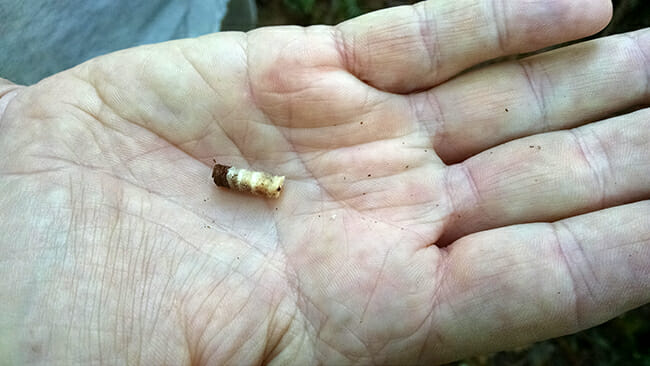 Figure 4. A short tree core that was extracted using an increment hammer. Short cores such as these were used to determine whether trees were putting on earlywood or latewood during various points of the growing season.