Tall Timbers is proud to announce the official opening of the Webster Art Gallery in the historic Beadel House. The second floor gallery exhibits watercolors from the Tallahassee Area Watercolor Society (TAWS) three times each year.  Henry Beadel, who bequeathed his property to establish Tall Timbers Research Station, was not only a conservationist but he was also a watercolorist, so this venue is a good match for the use of this space in his former home. 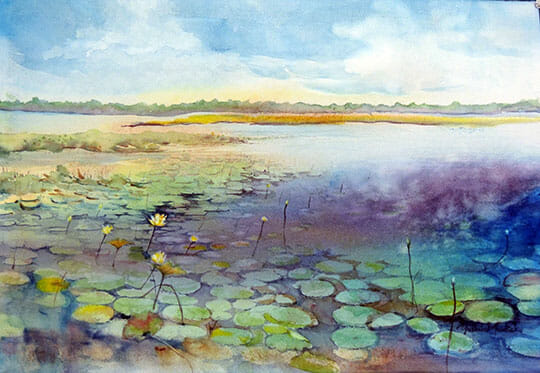 Lake Iamonia by Yoshiko Murdick was a featured watercolor in the Fall 2014 TAWS exhibit at the Webster Art Gallery.

The gallery has been named in honor of Mr. and Mrs. Robert C. Webster Jr. for their many decades of service and contributions to Tall Timbers; they are recognized by a plaque that has been placed at the entrance to the second floor gallery. 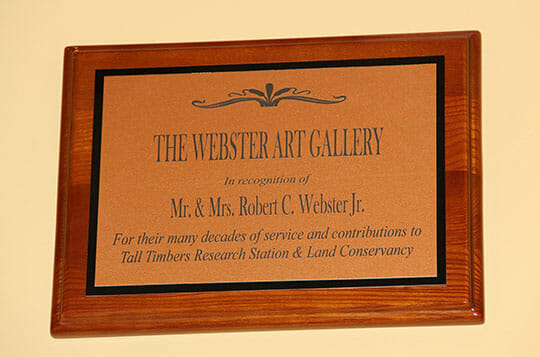 Our third exhibit, titled Blossoms, is scheduled to open the first week of March and will remain up until the end of May. We have already received many beautiful entries, and hope you will come to Tall Timbers to see it during one of our monthly Sunday afternoon tours (March 8, April 12 or May 3). Tours begin at 2:15 on the Beadel House porch. Call Juanita Whiddon at 850.893.4153, x236, for other possible dates.