Wet June and July too much for Bobwhite Chicks

Bobwhite nest and brood production has been good this year, slightly above average in fact, for the Red Hills region. Managers have reported seeing several amalgamated broods early in the season which is a good indicator of a lot of hatching activity, but brood sizes in late June and July have been low. We have also noted a significant deviation in brood sizes during capture events compared to clutch sizes at time of hatch, further suggesting that early brood survival is low. In capturing scores of broods this summer, we have deployed a record breaking 258 radio-tags on bobwhite chicks this summer, and observed low chick survival across the board on our study sites.

Peering into 19 years of capturing and wing-tagging chicks, a recent analysis proved just how detrimental both the number of rainfall events and the amount of rainfall can be on chick survival. Chicks are particularly vulnerable to rainfall during the first 30 days of life. For example, we found that for every 4 rainfall events greater than ¼ inch that a brood encounters during its first 30 days following hatch, there is an average of 12% reduction in chick survival, and cumulative or successive rain days can exacerbate brood loss (see Figure 1). Similarly, for every additional 2 inches of rainfall that a brood encounters during the first 30-days post-hatch chick survival decreases by 12-16% (see Figure 2). When combined, consecutive days of rainfall and cumulative higher amounts of rainfall have even greater impacts on chick survival. These numbers truly underscore why a wet June and July can be too much for bobwhite chicks and are generally not good for fall recruitment. Whereas ample rainfall has taken a toll on chick survival so far this summer, adult survival remains good, and the rain has produced excellent cover conditions. In addition, our small mammal trapping of late indicates an increase in cotton rat abundance. As a result, we are well poised for a good late hatch, we surely could use it this year! 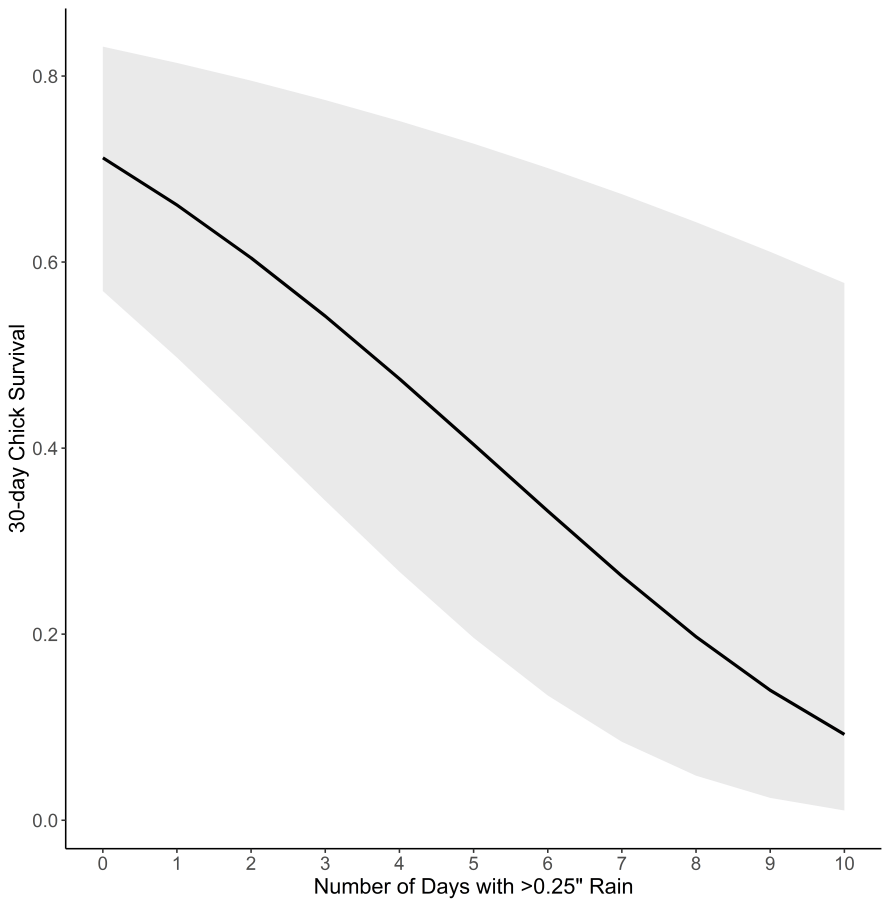 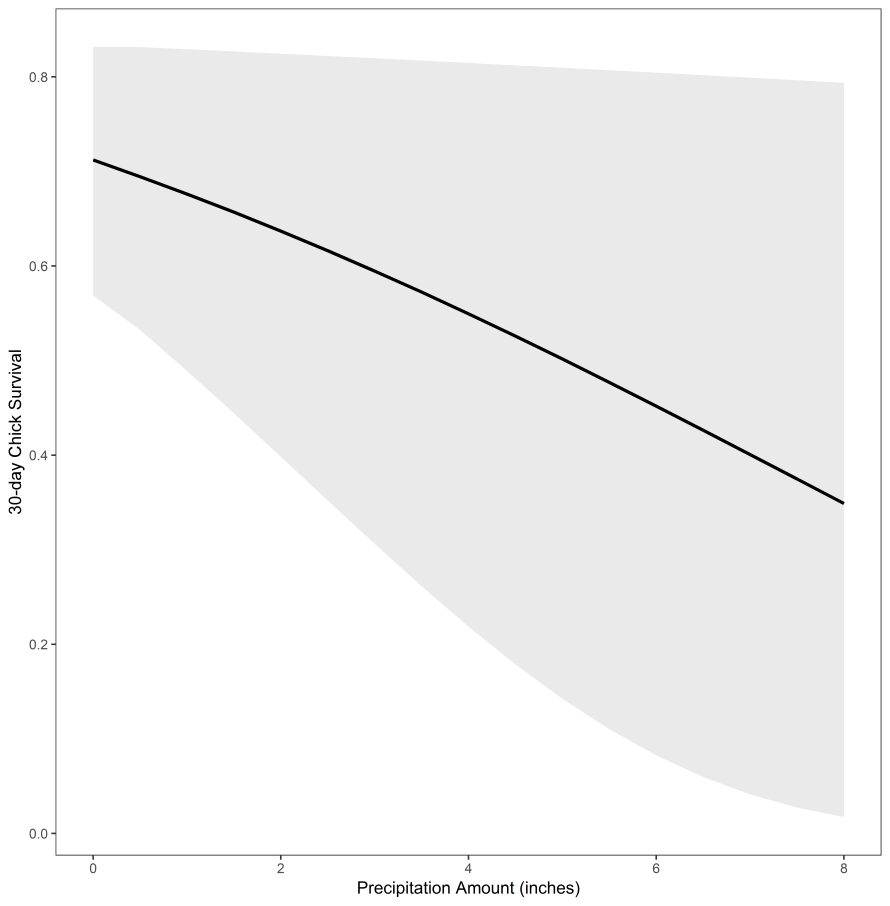