Field trialing is a competition to display a bird dog’s ability to successfully find and point coveys of quail. While riding on horseback, dog handlers, judges, officials and a gallery of spectators follow the dogs that run along designated courses. 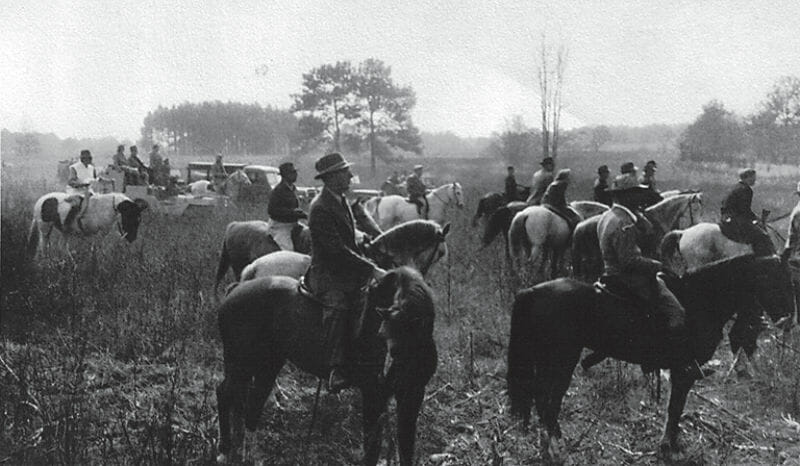 Continental Field Trial gallery sometime during the 1930s
Embedded in the famed Red Hills region, Livingston Place is in the perfect location for the field trials, with over 6,000 of its 9,100 acres intensively managed for wild quail. High density wild quail populations are a top priority for the field trials. Today the Continental Field Trials are recognized nationally as one of the premier wild quail trials in the country.

The sport began in 1874, near Memphis, Tennessee, with a group of nine men competing to settle the claims of who had the best bird dog. The Continental Field Trial Club is almost as old as the sport itself. The Club’s first meeting was held March 6, 1895 in Chicago, with 75 charter members. Gerald Livingston, the original owner of Livingston Place, was inducted into the club in 1933, and within two years was elected its president. In 1937, Livingston was instrumental in bringing the trials to the property, where they have been held since. 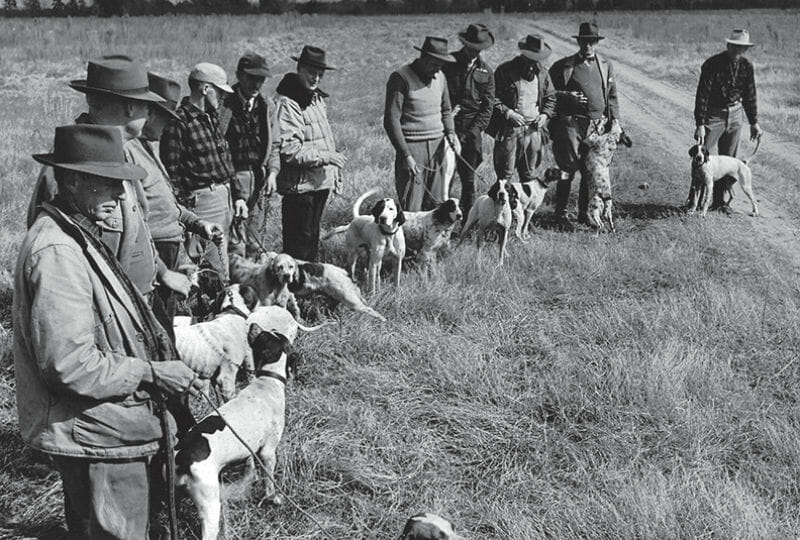 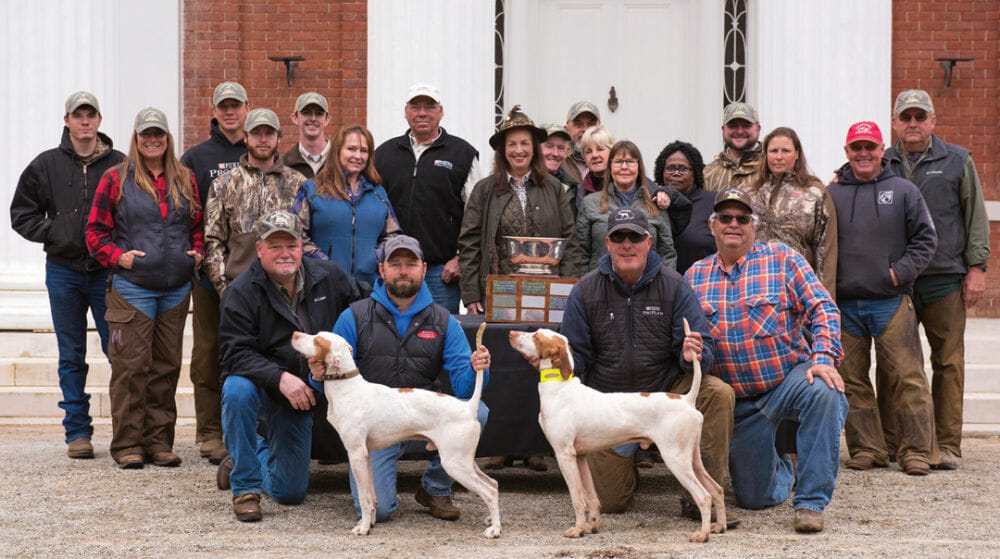 Dog handlers with the pointers they handled 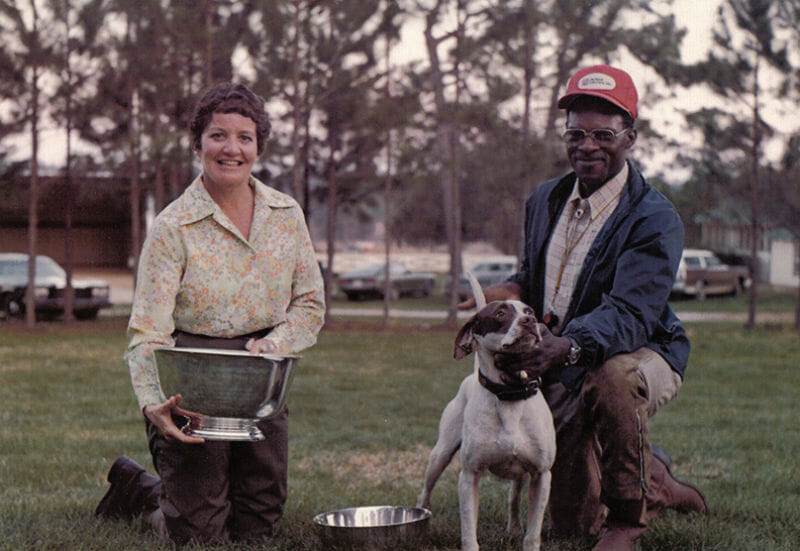 After the death of her mother in 1977, Geraldine Livingston inherited the Florida side of the property and continued the annual Continental Field Trials. 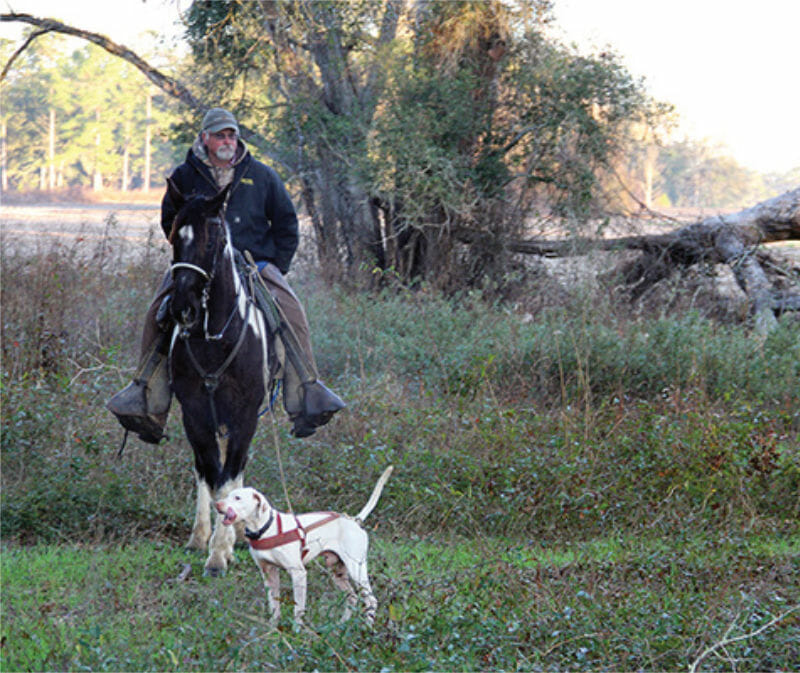 Dog handler with his pointer competed at the 2015 Continetal Field Trials.
« Back to Livingston Place
The mission of Tall Timbers is to foster exemplary land stewardship through research, conservation and education.