Georgia and Florida landowners must apply by April 30 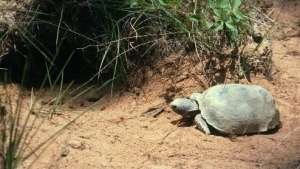 Gopher tortoises will receive some much needed help from a federal Farm Bill program. But interested landowners have only until April 30 to apply for financial assistance through the new Working Lands for Wildlife partnership.

The partnership pairs the Agricultural Department’s Natural Resources Conservation Service (NRCS) and the U.S. Fish and Wildlife Service (USFWS) in a conservation effort to restore populations of at-risk species and strengthen rural economies. Threatened by habitat loss, these large land turtles are state-listed as threatened and a candidate for federal protection in Georgia and the rest of their eastern range. (They are already federally listed in Mississippi, Louisiana and western Alabama.)

The program in Georgia will involve restoring and protecting gopher tortoises and their habitat in south Georgia, and to a lesser extent – because of limited habitat on private land – the golden-winged warbler in north Georgia.  Landowners can apply by month’s end through the NRCS’ Wildlife Habitat Incentive Program (WHIP). The cost of conservation practices will be shared for qualifying sites.  Nongame Conservation Section Chief Mike Harris of Georgia DNR welcomed the new partnership. Referring to gopher tortoises, Harris said he’s “excited about the opportunity to focus Farm Bill programs on a species of concern that also benefits other wildlife.”

The Florida Fish and Wildlife Conservation Commission (FWC)  has been working closely with USFWS and NRCS on this new cost-share opportunity for private landowners to receive funds specifically for managing gopher tortoise habitat. Of the $33 million from WHIP, to share the cost of conservation practices with landowners, approximately $6 million is reserved for improving gopher tortoise habitat throughout its range. The goal of this new funding initiative is to help reverse the decline of seven critical species including the gopher tortoise. This is an amazing opportunity for private landowners in Florida to help conserve this threatened reptile. 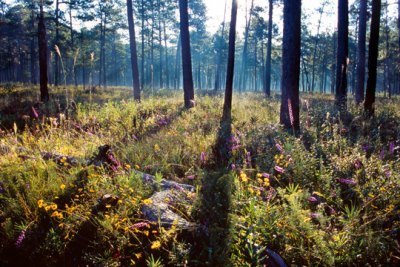