“Killing is my business and business has been good,” says Greg Jubinsky, a Florida Natural Areas Inventory employee in reference to eradicating exotic and invasive plants. Although he is my colleague and a great botanist, I’d like to see Greg out of business. Unfortunately, the Red Hills region, like much of the south, is very hospitable to many exotic and invasive plant species. It is estimated that the cost to control invasive and exotic species in the U.S. is over $130 billion annually. It’s very important that we find and eradicate exotic and invasive plants before they become established. One plant I encourage everyone to seek and destroy is Coral Ardisia. 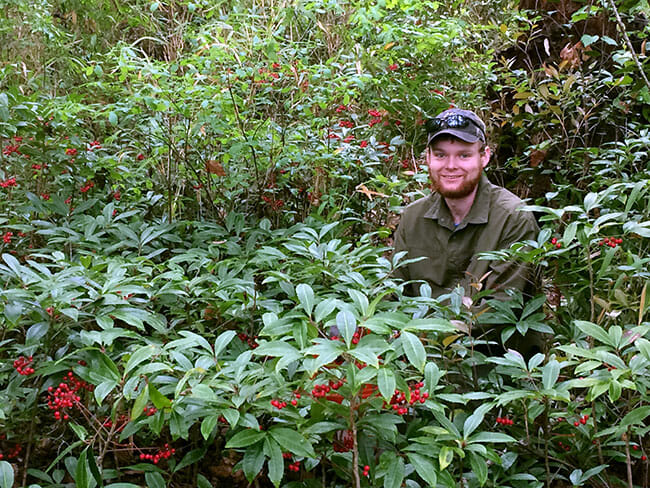 
Coral Ardisia (Ardisia crenata) also known as Christmas or Coral Berry is becoming increasingly common throughout the Red Hills. This exotic invasive plant is typically found in wet, partially shaded areas near water but can escape these areas if the uplands are not burned frequently. It grows in multi-stemmed clumps and is most often seen in the one to three foot range but it can get up to 6 feet tall. The plant is evergreen and therefore fairly easy to spot during the winter months. The long, green, waxy leaves are commonly seen with bright red berries for much of the year. This plant is documented to reach densities of more than 100 plants per m2. Therefore, it takes over natural habitats, shades out native plants, and provides little wildlife value. 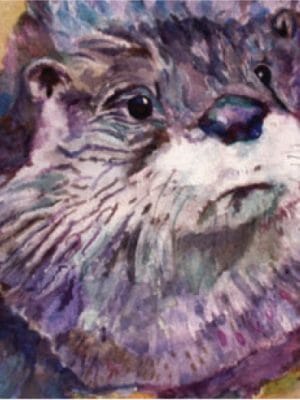 Eradication through spraying and hand pulling are preferred control methods. Established plants have long strong roots that can make hand pulling difficult. Any plants that are hand pulled should be bagged and put in the trash. Our expert plant assassin Greg Jubinsky has found success with the following herbicide mixture for coral ardisia – 3% glyphosate and 0.5% 2, 4-D. The plants really love 2, 4-D and suck it up, allowing the glyphosate to be most effective. Established populations will have to be treated for multiple years to totally eliminate this plant.

Jubinsky also said we need to watch out for a new little ardisia invader, Japanese Ardisia (Ardisia japonica). This plant is not as noticeable as A. crenata as it stays fairly low growing. Jubinsky says the populations he has identified are 2-3” tall and thrive in partially shaded areas. This plant is difficult to control due to its underground runners—he’s found them 20-35 feet from the source plant. As of now, we suggest spraying japonica with the same herbicide mixture as the one recommend above.

With persistence and vigilance now, we can stop ardisia from gaining ground in the Red Hills, preventing the damage it has done elsewhere. Let’s all work together to put Greg Jubinsky out of business.

To learn more about these plants visit: