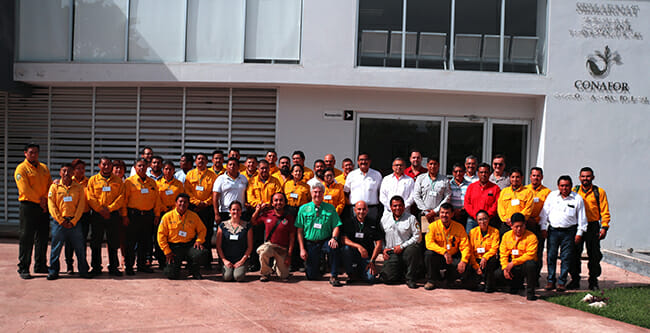 The Mexican government passed a bill in June allowing the use of prescribed fire throughout the country for fuels management. This is having a major influence in altering the perception of prescribed fire for management purposes in natural areas. This training was designed to begin the process of setting up natural area managers and those who respond to wildfires to looking at the possibility of fire having a positive outcome. 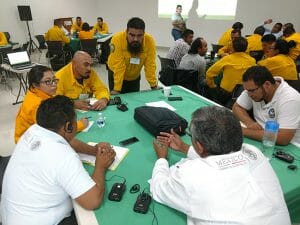 The majority of the attendees had less than three years of prescribed fire experience and for many the only other training had been involved in a Training Exchange in New Mexico organized by the USFS and The Nature Conservancy. This training began with some classroom presentations by participants on the prescribed fire potential in each of their regions and followed with some presentations by the cadre and group exercises and discussions with the students.

Wednesday, July 11, was nationally designated the day of the firefighter and there was special recognition and media surrounding the training and the attendees. In addition, a field trip was taken to set up permanent monitoring plots at a site to be burned the following day. All 30 students participated in gathering pre-burn data in anticipation of the prescribed fire. The students were separated into 5 modules and that night each module wrote an abbreviated burn plan for the site. The cadre chose the best plan for implementation.

On Thursday, the burn was executed with one module conducting the firing, assisted by Greg, two modules handled holding and two modules conducted fire behavior observations and post-burn monitoring. Though the unit was small, 2 hectares (5 acres), the burn resulted in some great training. The students held a thorough AAR (after action review) that focused on all aspects of the burn and what each group observed.

The result of this initial training is to design a follow-up. There is current discussion on what comes next. This initial workshop has defined some needed training in writing burn plans as well as understanding smoke management and fire behavior. It’s hopeful that this was the match that will ignite the prescribed fire community throughout Mexico. 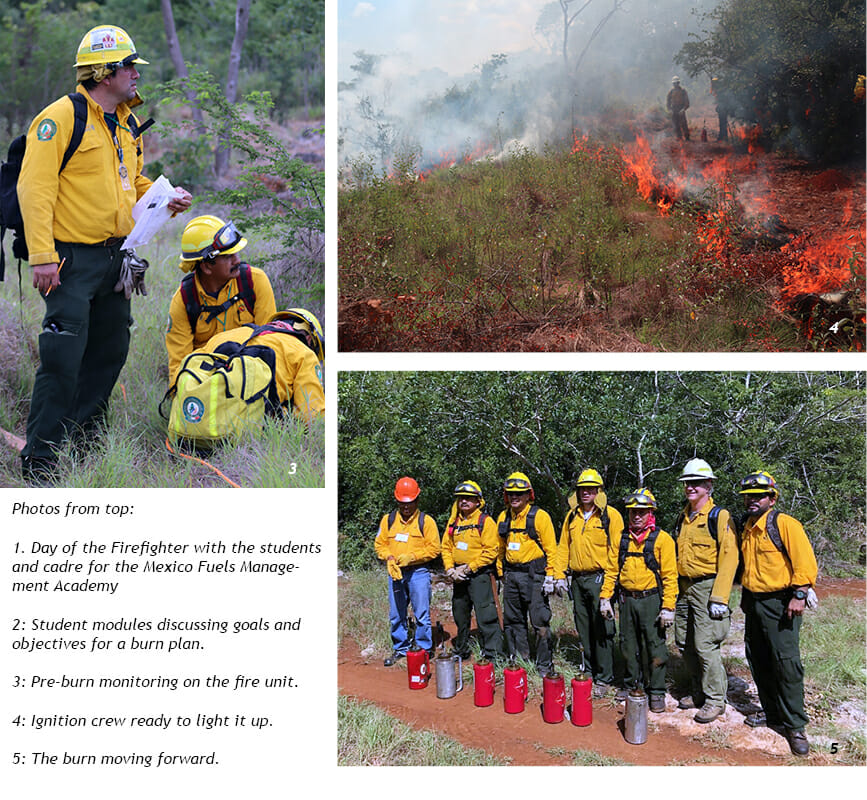