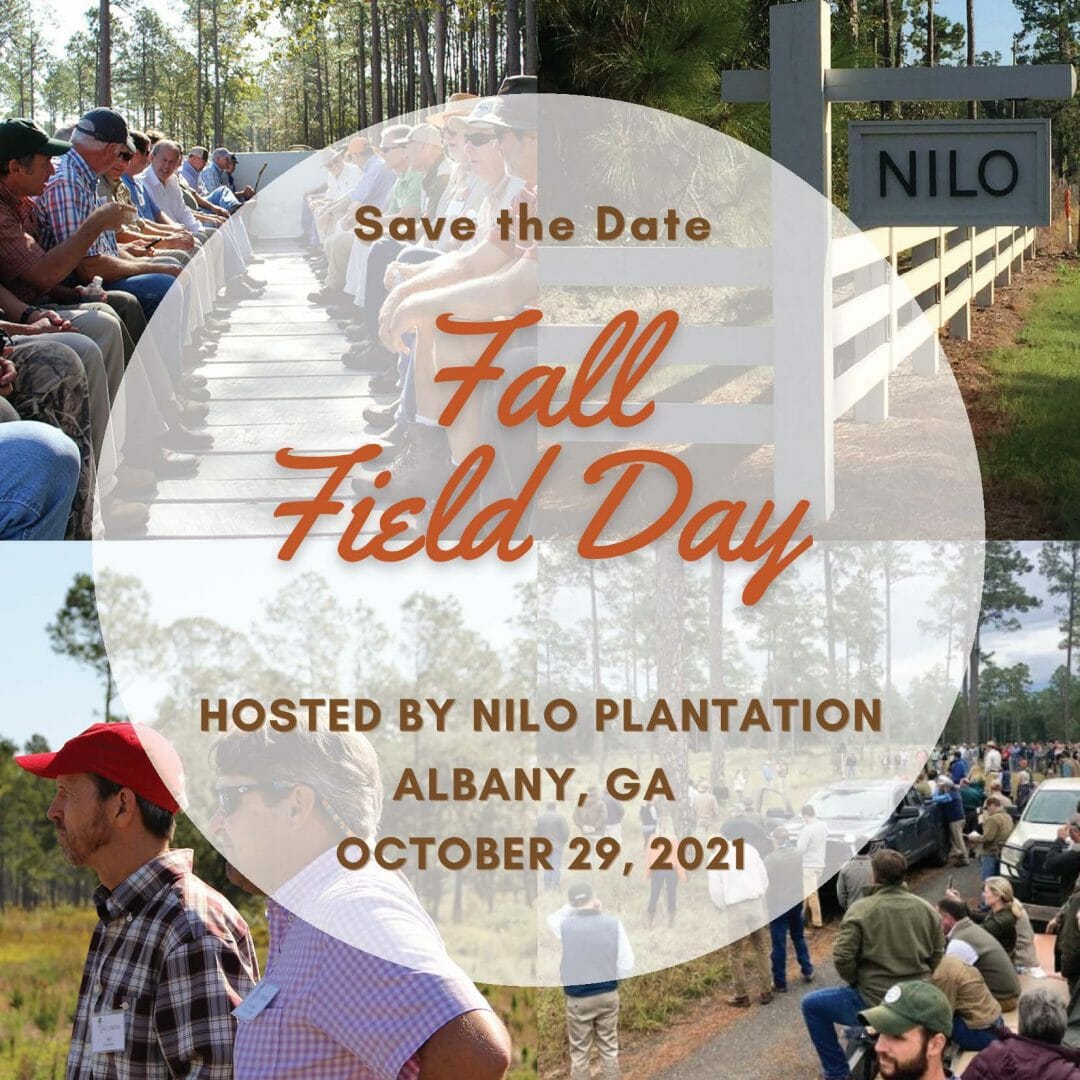 Nilo is an 11,000-acre property in the heart of the Albany, Georgia Quail Plantation belt, well known for its world class wild quail hunting and large whitetails. Nilo is Olin spelled backwards, mirroring the last name of the original owner, John Olin, of Olin Winchester fame. Over 70 years later, the property is still in the family and is owned and operated by his grandchildren. Gene and Evelyn Williams (Mr. Olin’s daughter), were instrumental in establishing the Albany Quail Project in 1993, during their tenure as owners, as well as helping to oversee this project becoming part of Tall Timbers Game Bird Program in 2008. Therefore it is fitting the property would host this year’s event— marking the 30th year of the Albany Quail Project. This year’s tour will highlight intensive quail management on sandy land, large-scale cleanup and reforestation following the tornadoes and hurricanes of the last several years, and trophy whitetail deer management.