Texas is a well-known destination for quail hunters across the globe, but the backdrop of a Texas covey rise doesn’t often portray a fire managed pine savannah. While quail populations are abundant in the semi-arid regions of the Rolling Plains and south Texas, very little research or management attention has been afforded to the forested region of the state—at least not in the past several decades. As a matter of fact, the “fire bird” has been all but extirpated from the Pineywoods of the Lone Star State, where past populations would rival or surpass those in the west. 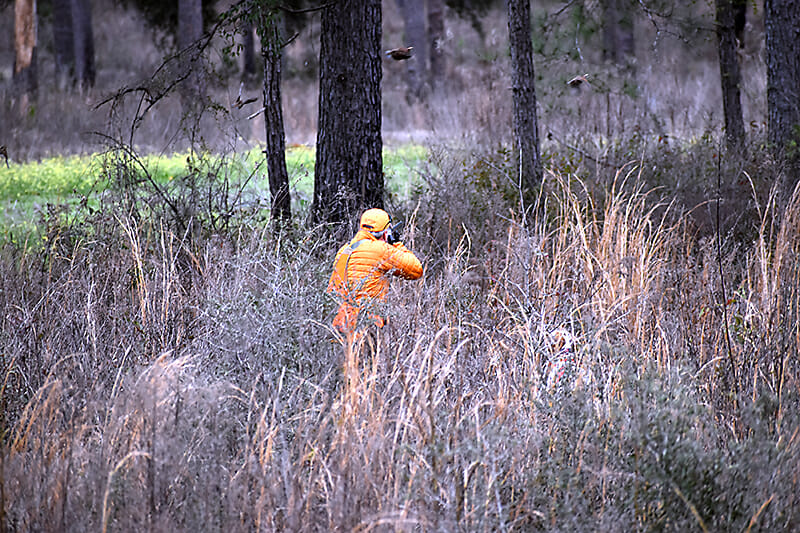 With growing angst from Texas quail hunters to restore bobwhite populations to the eastern region of the state, Tall Timbers was strongly encouraged to create a program in east Texas by Mr. Chuck Ribelin, an avid quail hunter and advocate, who appreciates Tall Timbers’ proactive approach to quail management. Thanks to Mr. Ribelin’s generous financial support, ideas, and encouragement, Tall Timbers’ entry into east Texas, and surrounding areas, became a reality earlier this year. The Western Pineywoods Quail Program (WPQP) was established in late 2020, and is the newest regional addition to the Game Bird Program at Tall Timbers, with the goal of restoring bobwhite populations to the Pineywoods ecoregion of Texas and surrounding areas, using scientifically-based management and outreach.

Already, interest and support for our newest program has been fantastic and greatly appreciated. We’ve received funds from several private donors such as Park Cities Quail Coalition (PCQC) in Dallas, and most recently, Texas Parks and Wildlife. Collectively, these funds are supporting a new biologist position and our first research project on private lands. Knowing that time and consistency are needed for success in quail management, Tall Timbers has secured over half of a $4 million endowment campaign to secure the program’s positions in perpetuity, ensuring this region will always have a core of bobwhite research and stakeholder guidance.

An inaugural research project near Livingston, Texas to restore bobwhite habitat and populations was hatched last year, with the gracious support of the Gordy family of Houston. This project has an audacious vision to restore over 8,000 acres of habitat with the implementation of prescribed fire, timber and brood field management, supplemental feeding, and predator control. Tall Timbers is also providing technical support to neighboring properties to increase the footprint of this project. Bobwhite populations in the Pineywoods are sparse, and not expected to responded to habitat management alone. 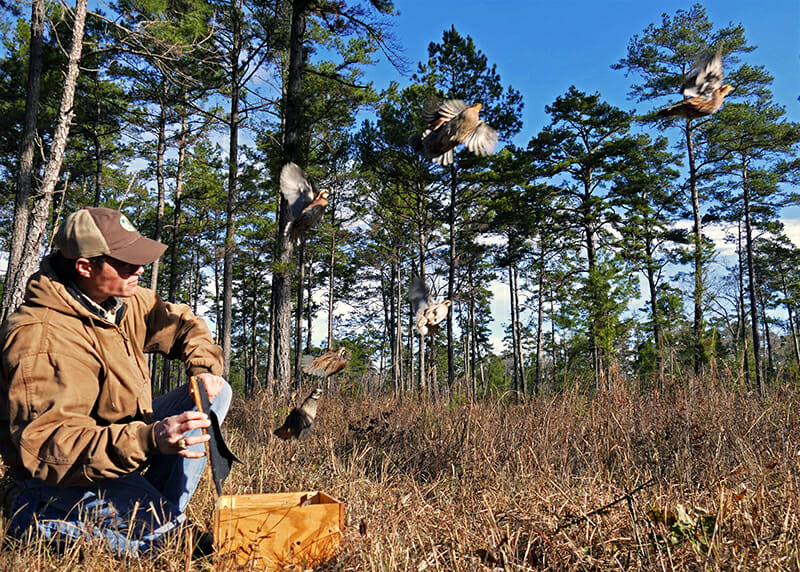 Once high-quality habitat is restored, the Game Bird Program will use translocation as a tool to augment the population. From there, many questions are set to be answered regarding the ecology of bobwhite in this region. Fortunately, Tall Timbers’ long history of quail research and management in the Red Hills provides a good foundation for baseline management recommendations. With time, the program seeks to develop collaborative efforts on both private and public lands across the Pineywoods, which hosts over half a million acres of Texas’ public lands. Past and successful collaborations on state and federal lands in Florida and Georgia, provide good blueprints to replicate the efforts.