As part of our effort to better understand the growth of wiregrass (Aristida stricta var. beyrichiana), we excavated several individuals of different sizes from plots planted on Tall Timbers a couple of decades ago, for closer examination. Wiregrass is what is called a “cespitose grass,” which means it has rhizomes that grow slowly outward in a ring. Rhizomes are thick root-like structures that horizontally near the surface, from which the grass blades grow upward and roots grow downward. We confirmed that wiregrass, like other like other cespitose grasses, have rhizomes that are connected at first but become disconnected rather early in the life of the tussock (bunch or clump). So, what looks like one wiregrass tussock is really several independent but genetically identical groups of rhizomes, called “ramets,” growing parallel to each other, outward in a circle. Their roots are highly intermingled, which may be a way of reducing competition among them. The front end of each rhizome grows and produces new shoots and roots while the back end eventually stops producing and then dies and disintegrates, leaving the empty circle often seen in wiregrass tussocks. Eventually the ramets grow far enough apart to begin sending rhizomes in all directions to form a new tussock. In this way, wiregrass can clonally reproduce in addition to reproducing by seed, although the process is very slow, seemingly several decades. 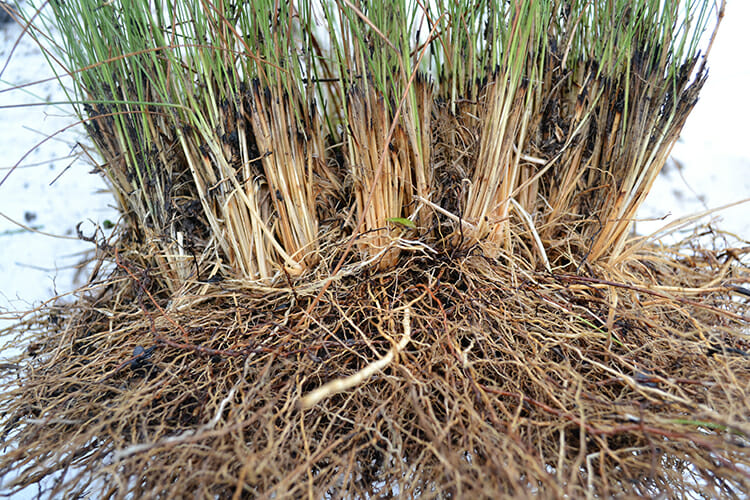 Side of an excavated wiregrass tussock showing the individual ramets growing outward. 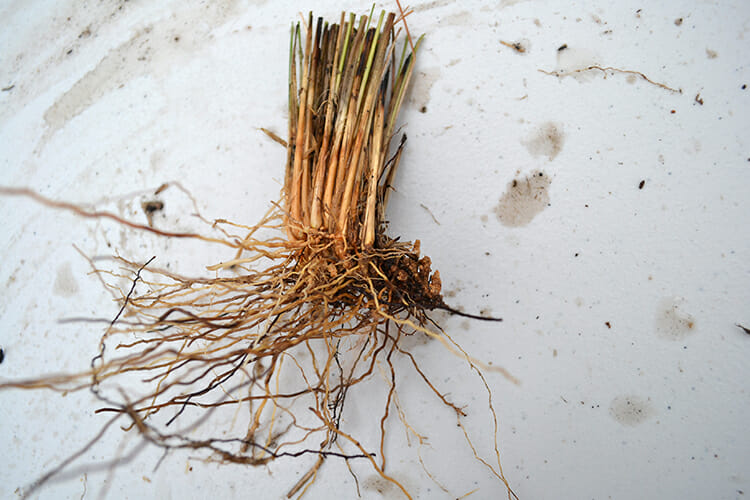 Side view of a ramet showing its front end producing shoots and roots and its back end that has stopped producing. 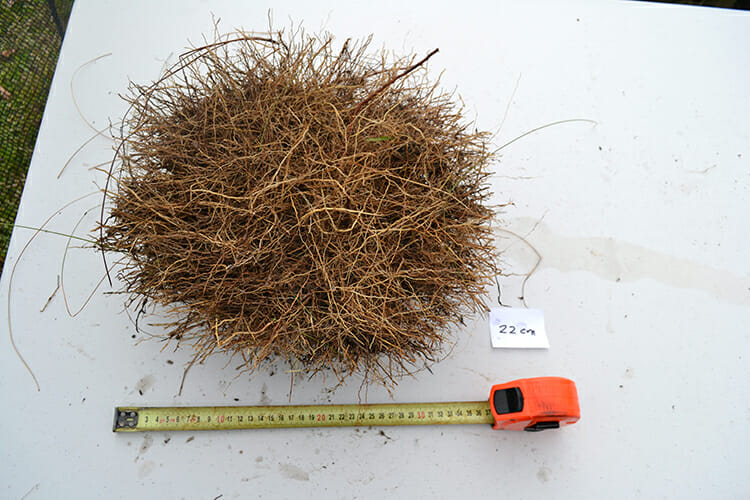 Underside of an excavated wiregrass tussock showing the highly intermingled roots of the ramets.