“Soil respiration” is the term used to describe the release of carbon dioxide (CO2) from the soil to the atmosphere as a result of respiration of living things in the soil, including plant roots, microscopic organisms, and burrowing animals. It is an important component of global carbon cycles and helps us identify net sources and sinks of CO2, a greenhouse gas, among different land uses and ecosystems.

As part of his dissertation research through the University of Florida, David Godwin sought to determine the effects of fire return interval on soil respiration. Part of his study used the Stoddard Fire Plots, burned at different fire return intervals since 1960, on Tall Timbers’ property. Specifically, he measured soil respiration year-round for two years in plots burned every year, burned every two years, and unburned for over 40 years. To measure soil respiration, he inserted PVC “collars”, measuring about a foot in diameter (Figure 1), into the ground, so that a CO2 detection device (soil respiration chamber, Figure 2), could be used to sample all of the CO2 rising vertically within the walls of the collar.

David’s results showed that soil respiration rates were significantly lower in the two frequent fire treatments than in the unburned treatment plots, presumably because of lower activity of burn plots’ microorganisms. The study included data provided by the Fire Ecology Program showing that the lower rates of soil respiration in the frequently burned plots correspond to higher total soil carbon in those plots, attributable to lower decomposition rates and accumulation of organic matter. These results are also consistent with work done by Florida A&M University showing carbon turnover (decomposition and replacement) rates in burned plots to be less than half that of unburned Stoddard Plots. Temperature also directly influenced soil respiration from month to month, reflecting its positive influence on cellular activity of microorganisms and plants, but temperature did not explain the differences among burn treatments.

Results of the study support a growing body of literature suggesting that frequent burning results in organic matter accumulation that keeps a certain amount of carbon out of the atmosphere. Although carbon dioxide is released to the atmosphere through combustion of biomass during burns, about the same amount of carbon is fixed through photosynthesis by the rapidly re-growing plants during the following fire-free interval. Results of this study were recently published in Forests, 2017 vol. 8, doi 10.3390/f8080274 with advisors Leda Kobziar and Kevin Robertson. 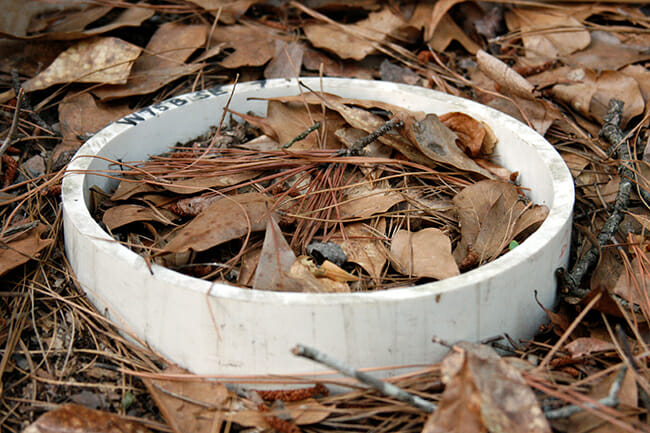 Figure 1. One of nine PVC collars per Stoddard Plot inserted in an unburned plot. 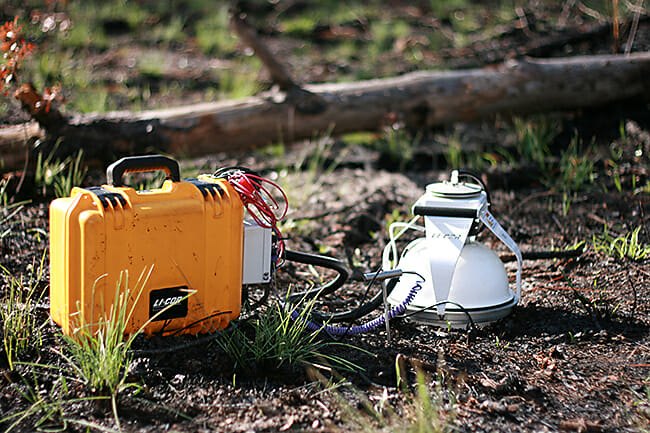