At the April Tall Timbers Board of Trustees meeting, longtime trustee Tom L. Rankin became the chairman of the board. He replaced Cornelia G. Corbett who had been at the helm since 2013.

Tom has been a trustee since 2005, and has served as treasurer of the organization since 2011; as such he guided Tall Timbers financially as chair of the finance and investment committees. A successful businessman from the Tampa area, he is also is a Red Hills landowner with a strong conservation ethic. He is committed to building our prescribed fire programs and to conservation of the Red Hills region. Tom was instrumental in the acquisition of Dixie Plantation and the creation of DPR LLC. We look forward to his leadership.

Although stepping down as board chair, Cornelia (Cornie), who has been a dedicated trustee since 1999, will stay on as Vice Chairman and continue her service on the executive, land conservation, communication and research committees. As chair of the organization, Cornie’s vision and encouragement were instrumental in developing our new Strategic Plan (2016-2025) that dramatically increases our investment in prescribed fire and develops innovative programs in land conservation. She has helped insure that Tall Timbers remained on strong financial footing, successfully steered the organization through its change in leadership, and the addition of Dixie Plantation, among her many other accomplishments. We are grateful that she continues on the board and as a strong supporter of our mission.

Dr. George Simmons, a Tallahassee businessman, was elected as treasurer of the organization, replacing Tom Rankin in that position. As an officer of Tall Timbers, Inc., George will be a welcome addition to the executive committee. George who has served on the board since 2008, and serves on the research, nominating, and development and communications committees and has been very successful helping Tall Timbers grow its development programs.

Two new trustees were appointed to the Tall Timbers Board. They are Remy W. Trafelet and George W. Willson. Remy is a successful financial analyst and an Albany area landowner, who was a past president of the Georgia/Florida Field Trial Club. George W. Willson is a land conservation consultant from Tallahassee, and advises on natural resource strategic planning and management. George has been on the board of Audubon of Florida. Remy and George, replace Tim Pirrung and Ebe Walter whose terms expired this year. We thank them for their many years of service. They remain active supporters of Tall Timbers. 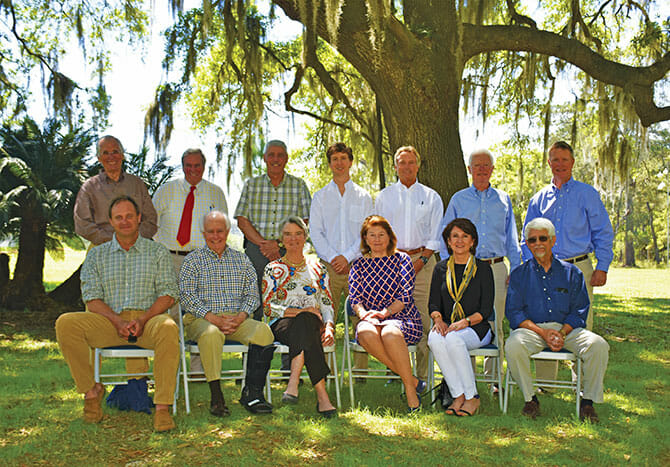