The Southwest Georgia Chapter of Quail Forever held it’s annual landowner appreciation dinner on Thursday, April 7th in Albany, Georgia. The dinner recognized the landowners who provided locations for the groups’ annual fundraising hunt in January—the Georgia Quail Invitational. In addition, chapter president Bobby McKinney announced the recipients of their donations for the year, including several Tall Timbers programs.  Clay Sisson, Director of the Albany Quail Project (AQP) and Dixie Plantation Research (DPR) accepted two checks: $15,000 for AQP and $15,000 for DPR. Brent Howze of Georgia DNR Wildlife Resources Division accepted a check for $30,000 for the FL/GA Quail Coalition, which is housed and administered by Tall Timbers. Contributions were also made to Quail Forever’s “No Child Left Indoors” Initiative and their Legislative Action Fund, along with a scholarship donation to the Wildlife Program at Abraham Baldwin Agricultural College (ABAC). A total of $75,000 was donated  from the proceeds of this one hunt event; this brings the groups’ total contributions to over $140,000—all of which stays in the southwest Georgia region. A very impressive sum considering the local chapter has only been having these events for two years! An accounting of the local groups’ finances can be found on their web site at swgaquailforever.org, as well as information about the national parent organization at quailforever.org. 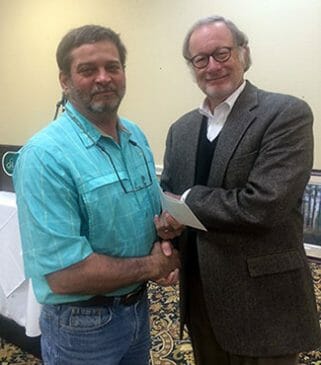 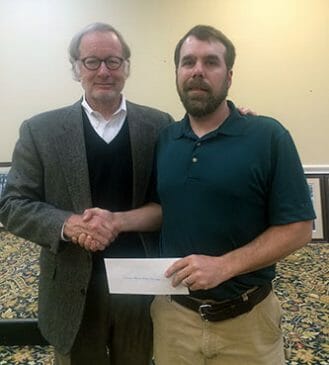 At left is Clay Sisson accepting checks from the president of the Southwest Georgia Chapter of Quail Forever, Bobby McKinney; at right is Brent Howze.