Traditionally in the Red Hills region of northern Florida and southern Georgia, frequently burned and thinned pine forests and their groundcover of herbs and shrubs have been categorized as longleaf pine/wiregrass (native) or loblolly/shortleaf pine old-field (post-agriculture) communities. However, certain forests in the region are dominated by shortleaf pine and have no wiregrass, yet they contain many plant species that usually do not become re-established in old-field forests (goat’s rue, bracken fern, running oak, twin-flower, and several others). These forests are similar to native forests in the Piedmont region and in parts of Louisiana, Texas, Arkansas, and Oklahoma. 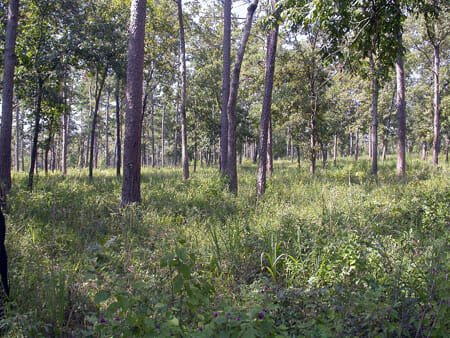 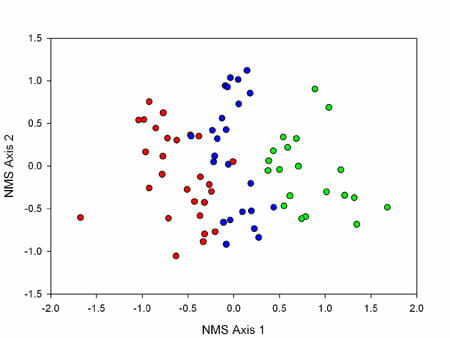