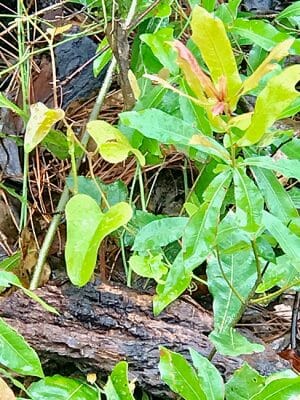 At the end of quail season overwinter survival was well above average, but several cold weather events in March and April stalled the timing of hawk migration, causing hawks to hang around for a couple more weeks than expected. The extended stay of migrating raptors during this time spoiled what could have been a marvelous breeding season density going into the nesting season. Despite the late hawk influence, overwinter survival in the Red Hills region remained on par with long-term averages, compared to above average survival observed in the Albany area.

As reported in the last eNews, bobwhite calls resonated throughout the pines in the Red Hills and Albany area as early as mid-February, with hunters still afield and bird dogs still chasing coveys. Despite this early calling activity, the onset of nesting aligns perfectly with historical records; our first incubated nest in the region was found yesterday (April 30) on Dixie Plantation, and other suspected incubations are occurring at Tall Timbers. Looking back over the past 25 years, the firsts nests are typically found the last week of April or the first week of May, with the earliest nest being incubated April 19 in the Red Hills region. However, in central Florida, the first incubated nests were found a few days earlier,  — even a report of a brood already seen on the ground! Over the past couple of weeks here at Tall Timbers, radio-tracking has revealed that bobwhite movements have shrunk and centralized, especially for hens, indicating that they are likely building nests or already laying and likely to begin incubating in the next several weeks.

Given that nesting activity is well underway and intensifying, the best case scenario is that burning is already completed to avoid destroying nests. But, if necessary, a small window is still open for wrapping up final burns for the season. Our research shows that burning as late as mid-May results in less than 10% of all incubated nests being destroyed, but burning much later can objectionably impact nesting efforts (see Figure 1). If a nest is destroyed by fire in late April or early May, there is still plenty of time for re-nesting, but maintaining small burn blocks among a patchy landscape of unburned areas will mitigate ill-effects on bobwhite production. It is better to burn a little late and lose a few nests than to let the cover go unburned for a third or fourth year. 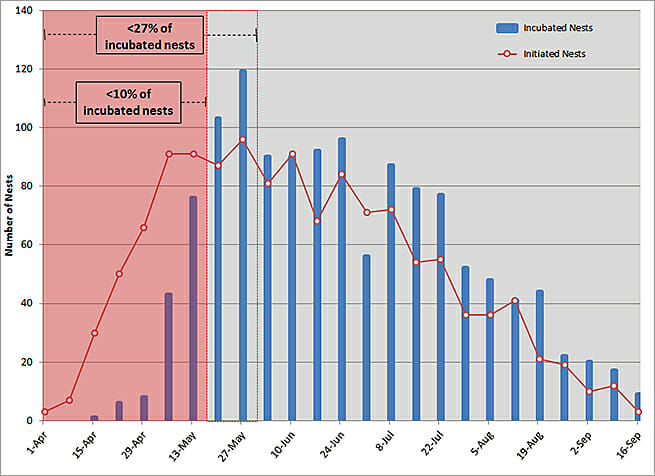