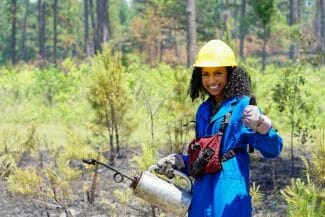 eorgia learn more about the important role of working forest lands for conservation and the economy. Association leadership invited Tall Timbers to be part of the project and help highlight the vital role of prescribed fire and wildlife management.

The virtual forest tour project focuses on fourth through sixth grade students and will include videos, interactive web pages, and teacher guides. Producer Gloria Camacho and the film crew visited Tall Timbers in March and April to capture footage of prescribed fire and interview staff members. On their most recent visit, the virtual forest tour host Chelsea Phillips Tafoya joined the group and was ecstatic about the opportunity to work with Eric Staller on the ignition of a prescribed fire. This was Chelsea’s first experience with prescribed fire, and she was amazed with both the control and beauty of it. Celebrating another lap around the sun, Chelsea exclaimed “best birthday ever,” as she ignited a flanking fire along the burn unit.

Brian Wiebler, Outreach & Education Coordinator at Tall Timbers, will continue to coordinate with the production team as the project takes shape over the coming months. Georgia Public Broadcasting and the Georgia Forestry Association will launch a campaign in 2019, to promote use of the new virtual forest tour materials in schools statewide. 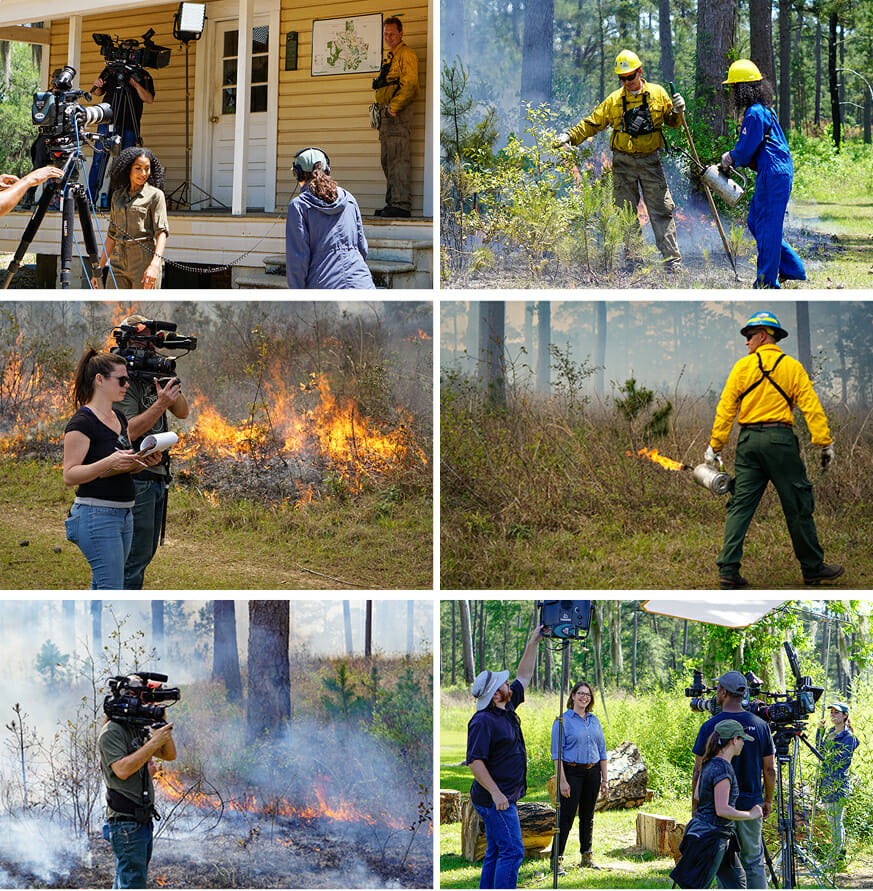