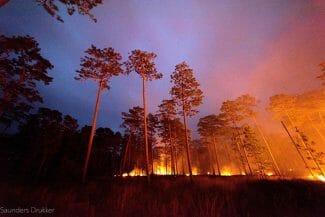 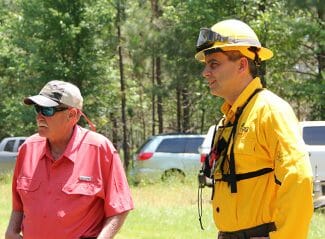 Tall Timbers conducted a night burn on the west side of the Wade Tract old-growth longleaf pine forest on Arcadia Plantation on March 26. This kind of burning is relatively mild, causing little crown scorch and resulting in some unburned patches. Since this is a longleaf pine mast year (seed dispersal year, occurring about once in a decade), we wanted to allow some of the longleaf pine seedlings to escape fire and become established in the open gaps were there are currently no trees. These areas are less likely to burn because there are fewer pine needles to provide fuel. Burning at night is the way it was typically done in the South, until a few decades ago, having the advantages listed above and leaving some unburned areas as cover for quail. They are also beautiful to behold. Arcadia manager and forester Paul Massey called to congratulate us on a burn nicely done, saying, “That burn took me back 40 years!”

Night burns have become rare because of increasing concerns about smoke management, resulting in reluctance on the part of state forestry agencies to issue burn authorizations allowing fire past 5:00 PM. Typically, when the sun goes down and stops heating the soil surface, the warm air slowly rising from the ground creates an “inversion layer” over the cooler air beneath, creating a low ceiling on rising smoke. This presents a dangerous situation for roadways where smoke may reduce visibility. Low winds and high humidity and make the situation worse, where smoke may creep down into drains and onto roadways, and water may adhere to smoke particles to make fog.

The night we burned, the night time dispersion index were unusually high, over 15 compared to the usual level of 2-4, owing to strong winds, low night time humidity, and a cool cloudy day, preventing a strong inversion. Fuels were also moist and did not smolder long after the fire went out. The result was no smoke on roads and a successful burn. However, these conditions are rare — maybe a few in a modern lifetime — as safety, including good smoke management, is priority number one. 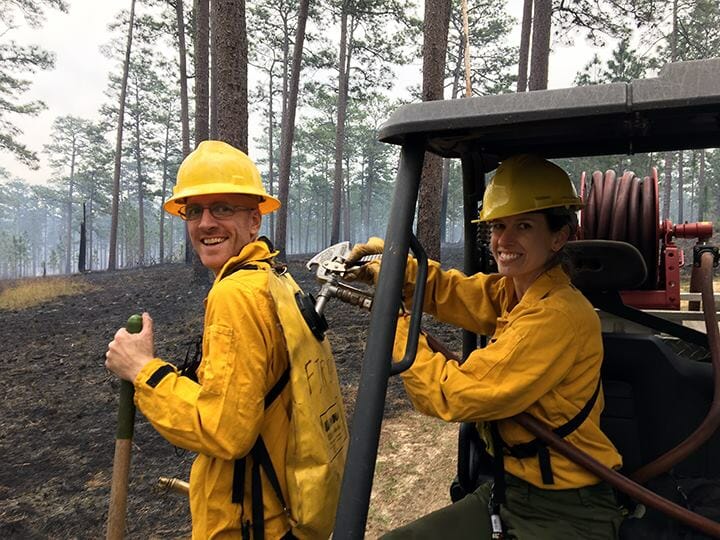 Austin Dixon and Cinnamon Morrison were on the burn team for the Wade Tract prescribed fire. Cinnamon is refilling Austin’s water bag. 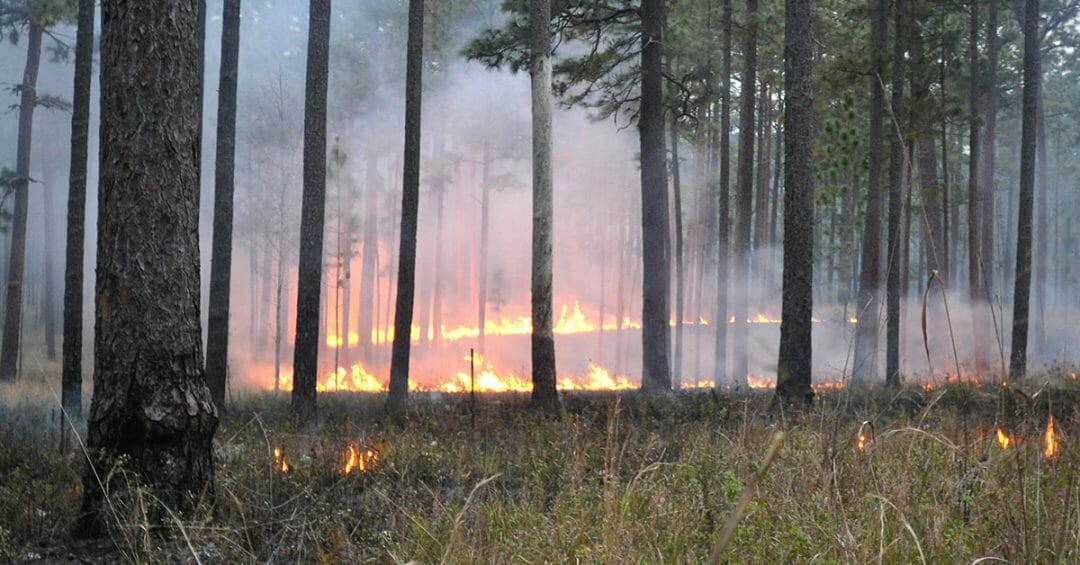 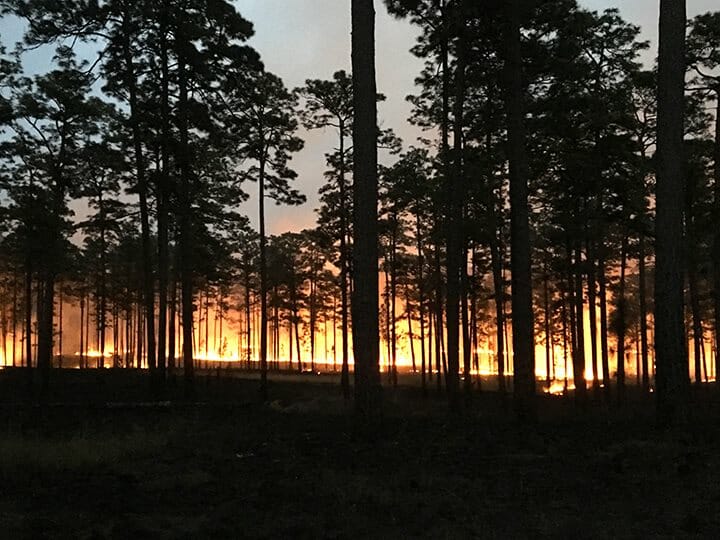