Embedded in the famed Red Hills Plantation Belt, Dixie is in the perfect location for the field trials, with over 6,000 of its 9,100 acres intensively managed for wild quail. In addition to prescribed burning, hardwood clean-up, seasonal disking, and other land management techniques; quail are fed year round and nests predators are kept in check. High density wild quail populations are a high priority for the field trials as well as hunting. Today the Continental Field Trials are recognized nationally as one of the premier wild quail trials in the country.

The objective is for pointing dogs, primarily English Pointers and Setters, to locate coveys of quail and to point steady to wing and shot (the dogs freeze in that position as the handler flushes the birds and a blank shot is fired). The dogs are judged on their ability to find birds and their style and enthusiasm in doing so. In the Continental trials they run one-hour heats initially; those that qualify for call-backs run one hour and fifty minutes. This is a true test of stamina. 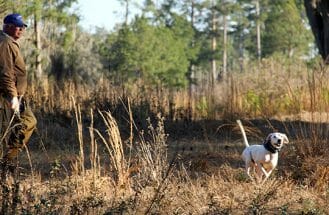 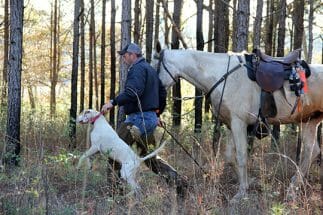 For more information about Dixie Plantation and the Continental Field Trials click here. 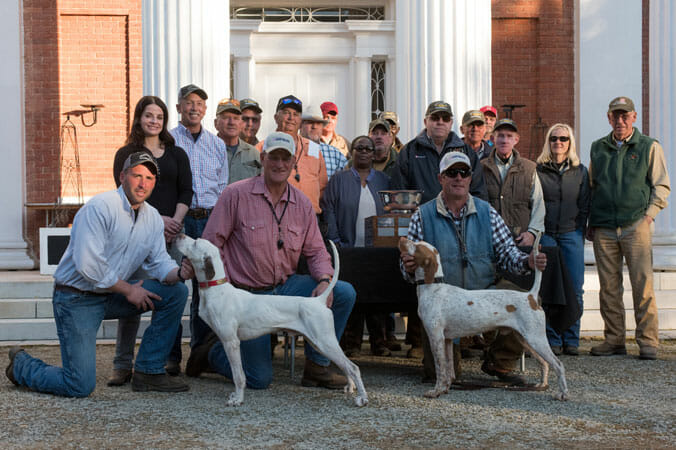 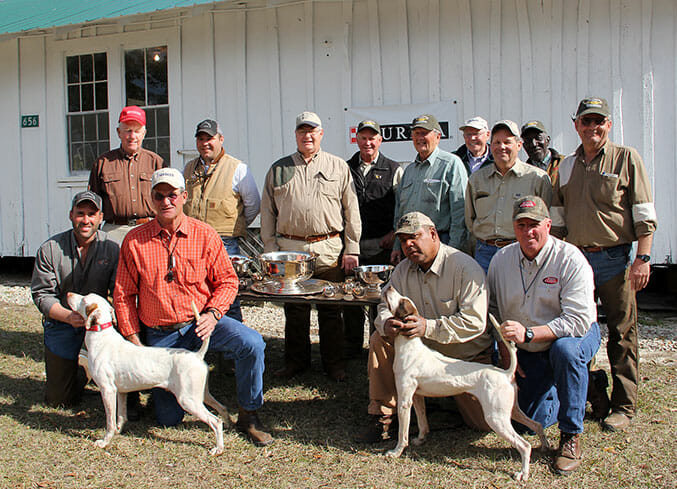