The highly effective easement incentive, in law since 2006, expired on January 1. The enhanced incentive helps landowners choose conservation by:

Originally passed in 2006, the enhanced tax incentives have helped landowners nationwide increase the pace of voluntary private land protection through conservation easements by one-third – over a million acres per year. 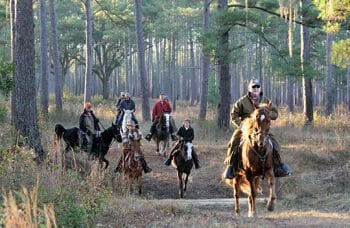 “Federal lawmakers made clear they share our firm belief that land conservation is good for America and Americans,” said Rand Wentworth, President of the Land Trust Alliance. “As we work with our Senate allies to advance this bipartisan bill, we will continue to emphasize the value of keeping working lands in working hands. The land heritage we share with America’s farmers, ranchers and foresters – and the land heritage we wish to pass on to our children – must be conserved.”

Due to federal and state incentives, Tall Timbers has been able to save nearly 130,000 acres of important farm, forest, and recreational hunting lands. These working lands contain significant natural resource values that benefit the public by providing clean air, clean water, abundant wildlife habitat, and scenic enjoyment. According to Kevin McGorty, Tall Timbers Land Conservancy Director, “We hope Congress and the President will support making these incentives permanent as an important conservation tool for private landowners. It is a great way of keeping land in family ownership while conserving the rural character of the greater Red Hills Region.”

The America Gives More Act additionally includes tax incentives for food donations, facilitates donations from IRA accounts in certain circumstances and simplifies taxes on foundations. The legislation is strongly supported by a broad spectrum of charitable organizations, including Feeding America, Independent Sector, United Way Worldwide, YMCA of the USA and others.

For more information about the Enhanced Tax Incentives go to www.landtrustalliance.org.