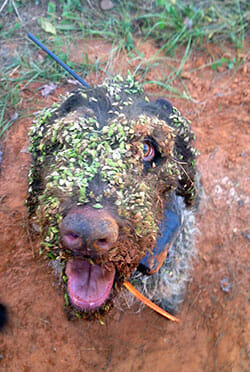 Florida Beggarweed (Desmodium tortuosum) an herb in the pea/bean family, also known as “Dixie Ticktrefoil” or simply “Beggar-tick” or “Beggar-lice,” is one of many (~76) beggarweed species. The leaves, stems and seeds are covered in tiny hairs that catch on hair, clothing, and fur. These sticky seeds hitch rides on just about anything it comes into contact with, aiding in its propagation. It can wreak havoc on a wire-haired bird dog. The good news is that beggarweed is a highly nutritious and commonly preferred native food of bobwhite during the fall and winter. Soil disturbance through prescribed fire and/or winter disking may encourage next year’s beggarweed crop, and when combined with timely rainfall it can be prolific. The woods this year are teeming with beggarweed, acorns, and other seeds. In fact, if there is any correlation in the amount of beggarweed and the abundance of quail then we should be in good shape this hunting season here in the Red Hills!

The 2015 hatch in the Red Hills and Albany area was much improved over last year and moderately above our long-term average. Breeding season survival was below average this year, whereas the number of nests and broods produced per hen was slightly above average (see Figure 1). Ample, but not too much, rainfall early and mid-growing season provided good cover and quality insect habitat for bobwhite chicks yielding good chick survival. In addition, a strong late season hatch resulted in a good crop of late birds recruited into the fall population—this was corroborated by reports from the first hunts of the year. Our preliminary results from covey call counts indicate that bird numbers are moderately up from last year on most properties. Maybe there actually is a correlation between the amount of Beggarweed and quail—if not the quail should have plenty to eat with the bounty of native food available this year which may impact how tightly linked (or not) coveys are to supplemental feed early in the 2015|16 hunting season. 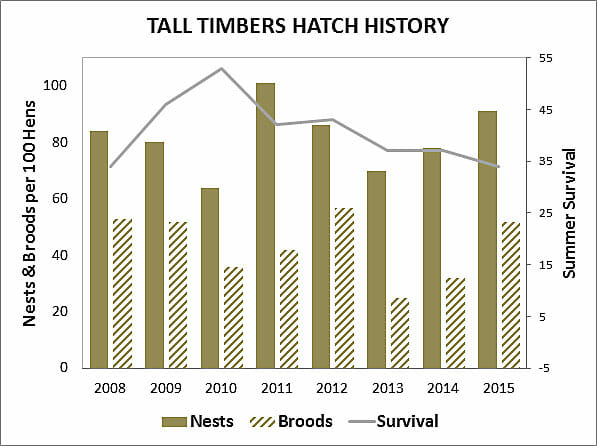 Figure 1. Survival of radio-tagged bobwhites and the number of nests and broods produced per 100 hens on Tall Timbers, 2008–2015.