The Legacy of a Red Hills Hunting Plantation: Tall Timbers Research Station & Land Conservancy has won the Silver Medal in the Florida Book Awards Visual Arts Category for 2012. This history of Tall Timbers by Robert L. Crawford and William R. Brueckheimer traces the evolution of Tall Timbers benefactor Henry Beadel from sportsman and naturalist to conservationist. Complemented by a wealth of previously unpublished, rare vintage photographs, it follows the transformation of the plantation into what its founders envisioned — a long-term research station, independent of government or academic funding and control.

The book was nominated by its publisher, the University Press of Florida. According to Florida Book Awards Co-Director Lisa Tendrich Frank, “In its seven years, the program has honored many of the Sunshine State’s best authors. It is already the nation’s most comprehensive statewide program, and the program promises to bring more distinction to our talent-rich state.”

To further commemorate this achievement, a signed copy of The Legacy of a Red Hills Hunting Plantation  will be included in two public displays of past Florida Book Award winners that are frequented by hundreds of people every day. One of the signed copies will be placed in the Governor’s Mansion’s Library. A second copy  will be included in the permanent collection maintained in the lobby of Florida State University’s Main Library (which hosts the Florida Book Awards).

To purchase a book visit: http://www.talltimbers.org/publications4sale.html 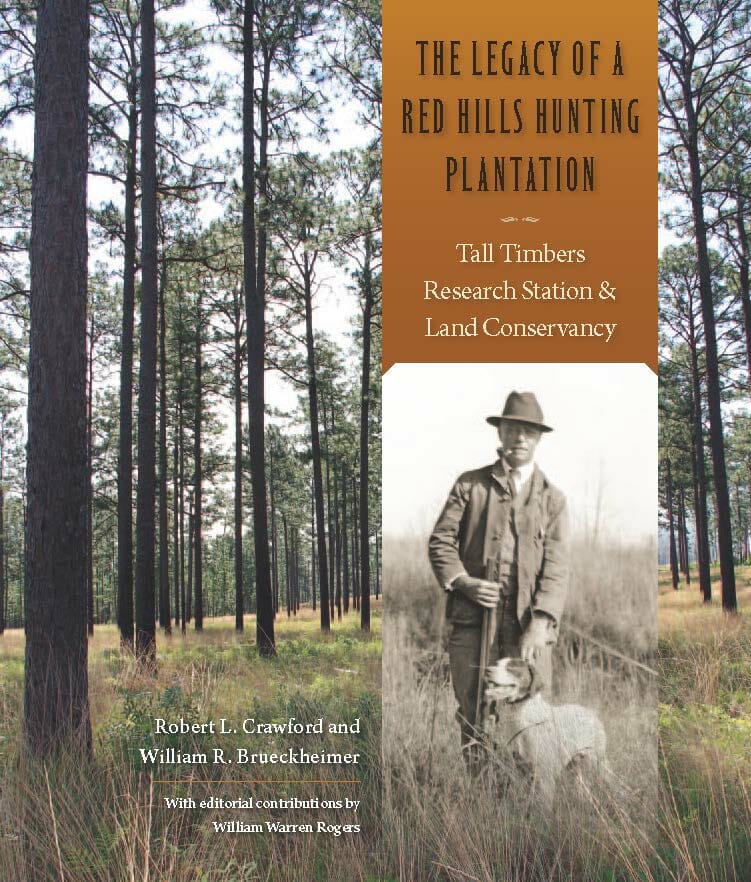