Tall Timbers’ Fire Training Specialist, Greg Seamon, housed at the National Prescribed Fire Training Center in Tallahassee, coordinated the training of 30 participants from across the US and Canada during the Center’s January session. The attendees received a two and a half day orientation to prescribed burning and safety in the southeast before venturing out to burn across Florida and southern Georgia during the 20-day training. Students attend the Center for the experiential training it offers. The focus is to give the students practice burning in a variety of fuels with a number of different cooperators in order to build experience, knowledge and confidence. 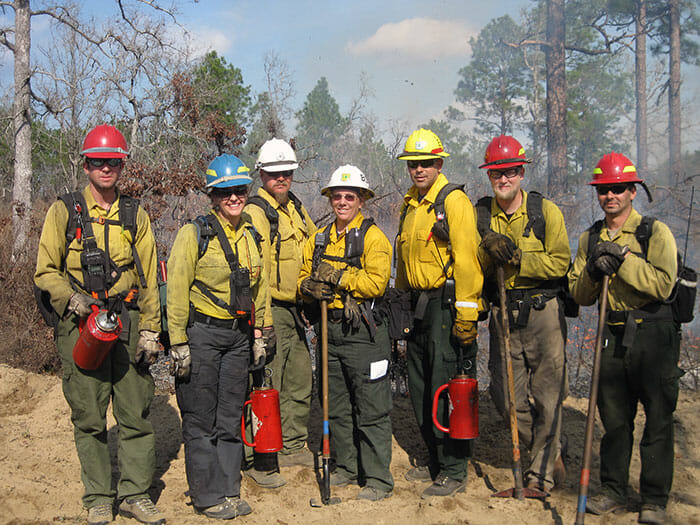 Module of the class poses for a team photo after completing a burn for the Georgia Forestry Commission.

Participants were split into five modules and conducted 62 prescribed burns for 15 different cooperators totaling 35,607 acres. In addition, the students worked on task books to advance in their career. There were 11 type two burn boss trainees (RXB2) that were able to accomplish 61 assignments. They arrived with an average of 27% of their task book complete and left with an average of 96% completion. Three trainees were recommended to their home unit for certification. In addition there were 16 firing boss trainees (FIRB), one engine boss trainee (ENGB) and nine fire effects monitor trainees (FEMO). All were able to accomplish assignments and additional tasks. Eight FIRBs and three FEMOs were recommended for certification following the session. 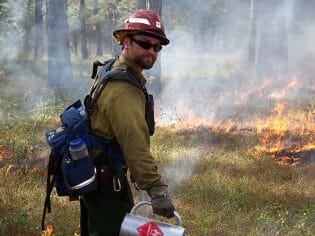 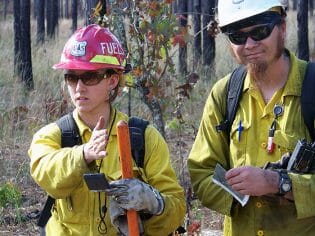 The Center also has an agreement with the University of Florida to offer three upper division credits to students through their attendance at a session and some additional work. In January one participant took advantage of this opportunity.